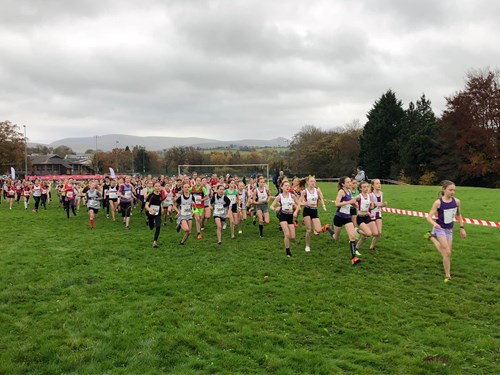 The Welsh Inter Schools & Colleges Cross Country Championships made a return for the first time in two years in its usual Mid-November slot. 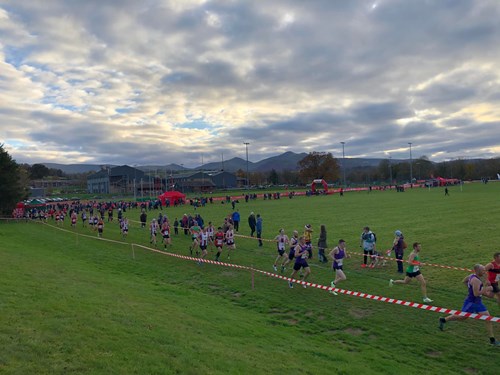 75 Welsh secondary schools and colleges entered the 2021 fixture which again incorporated the U17/20 Welsh Colleges Championships.

The four Welsh regions - West, South, East and North Wales - selected teams of 15 in each of the junior, senior and master age groups to represent the regions in the Welsh Inter Regional Cross Country Championships.

More than 700 competitors wore the red, purple, white and green vests of the region or their school vests as age group distances varied from 2,425m for the under 13 athletes up to the senior and master men's distance of 9,355m.

As in previous years, the 10-race programme began just before lunchtime with two 1,455m primary school races for boys and girls.

This was a great opportunity for those in years 5 and 6 to get involved in this high-quality event. 83 youngsters took part either as an individual or as part of a team within their club/school.

Selection for the West Wales team was at Cardiff on Saturday 16th October as part of the British Athletics Cardiff Cross Challenge & John H Collins Gwent Cross Country League fixture 1 in the Welsh Capital, reserves were also invited to compete to fill the team spaces. 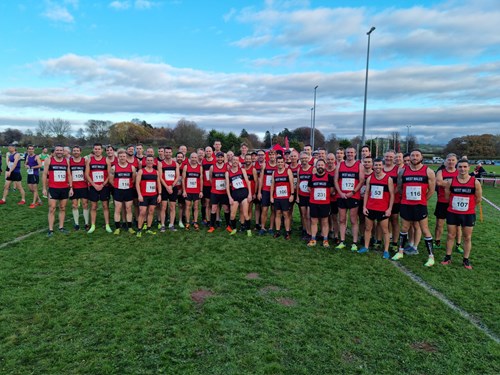 It turned out to be a successful day for the region across all age groups, coordinated by Rob Campion and Steve Hames and Tony Clements also assisting with team managing duties on the day.

Approximately 190 under 13, under 15, under 17, under 20, seniors and masters athletes from several West Wales clubs travelled to Brecon to take part in this year's Welsh Inter Regional Cross Country Championships.

A total of 13 medals were won individually for finishing in first, second or third position, matching the tally from 2019. In addition, West Wales team members were also on the podium in the team event (5/8 to score).

Here's the Round-Up of Results which featured Carmarthen Harriers members: 36 club athletes represented their region, West Wales and their Dyfed secondary school on Saturday at Brecon.

There were excellent individual victories for William Coles and Iwan Thomas in the under 13 and under 15 boys' age groups respectively, who were also representing Ysgol Bro Dinefwr and Ysgol Glan Y Mor.