Two Carmarthen & District Harriers Athletics Club coaches have been recognised for their contributions to the sport of athletics in Wales recently.

It honoured and rewarded the great work of Clubs, Groups, Coaches, Leaders, Officials, Volunteers and Athletes across Wales at all levels.

Carmarthen Harriers endurance coach Carol Jones was the recipient of the 'Welsh Athletics Participation Coach of the Year' Award.

Carol has been an endurance coach with Carmarthen Harriers for over 20 years. She coaches a very talented middle distance group twice a week at the Carmarthen Athletics Track and is always present at all the competitions entered by her squad of athletes.

She has been coach and team manager at many Welsh and Welsh schools international matches.

This year three of her athletes have either won UK championships, Welsh championships or competed for Wales in international matches. 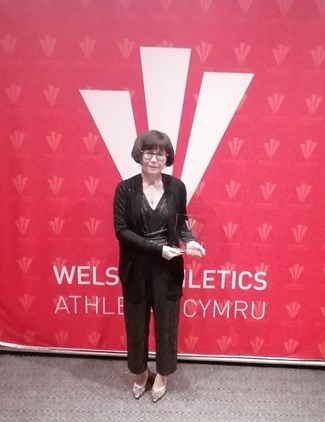 The award is made in recognition of a minimum of twenty five years of active service to the sport in Wales at club, schools, regional and/or national level.

Ralph has been coaching the javelin at Carmarthen Athletics Track for over 26 years. He was awarded the Welsh Athletics Meritorious Award in 2008.

He started coaching his daughter Alison in the javelin event in 1994. She was the first of scores of his athletes to win Welsh javelin championships and represent Wales in internationals every year since then.

More than thirty athletes he has coached have won Welsh championship medals and represented Welsh schools or Wales in the javelin discipline. 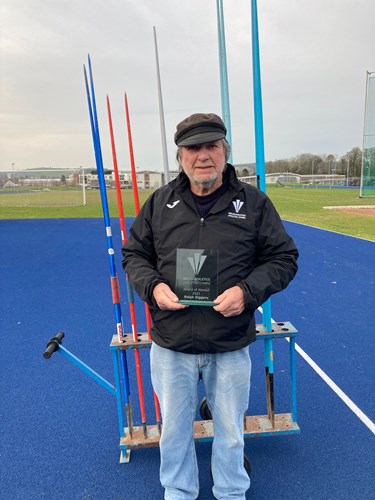