Welsh Schools track and field events made a welcome return  at the beginning of July (2nd and 6th July) after a three-year gap. Secondary school and college pupils were in action at both Cardiff and Aberdare in the space of four days.

For many, SIAB Schools International call ups were at stake as the annual fixture between Wales, England, Scotland and Ireland takes place in Belfast, Ireland in under two weeks' time (16th July) with the team now selected.

Young athletes from around twenty Dyfed secondary schools and colleges (Pembrokeshire, Llanelli, Brianne and Ceredigion areas) were selected to compete in the Welsh Capital following the district's athletics championships at Carmarthen Athletics Track a few weeks ago. The team of sixty sprinters, endurance runners, jumpers and throwers included a mix of club athletes as well as those experiencing Welsh schools championships for the first time.

Thanks to the teachers from Dyfed who selected teams and prepared the athletes as well as Phil Bowen, Chris Thomas, Carol Jones and Berian Davies who entered teams and did a great job team managing and officiating in Cardiff. 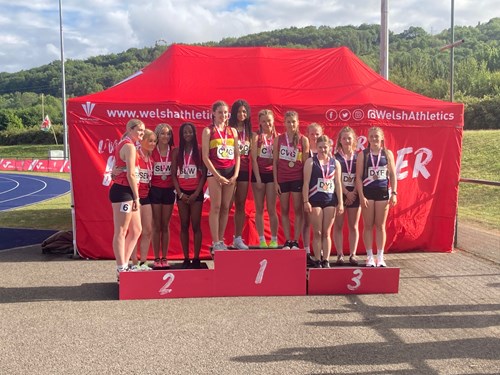 At one of the biggest grass roots competitions for secondary schools in the summer term, the midweek NASUWT Cymru Wales Cup & Plate Finals took place at a new venue this year in perfect conditions - the Ron Jones Stadium in Aberdare on Wednesday 6th July.

Six schools and eight teams from Dyfed qualified to represent the District in Aberdare, congratulations to all the schools and athletes on their performances. Ysgol Bro Dinefwr were the winners of the U14G Plate, as well as Haverfordwest High U16B Cup and QE High U16G Plate. 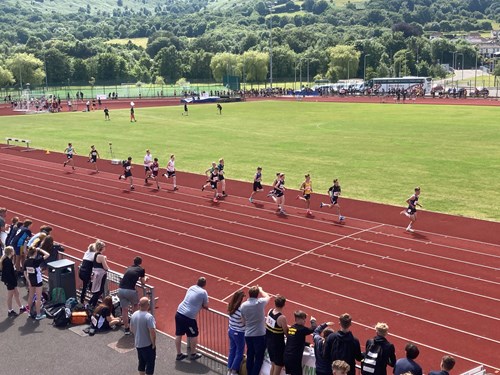