A team of sixty-seven young athletes represented the Welsh Schools Athletic Association on Saturday (25th September) at the traditional showpiece event of the Schools Track & Field calendar with six Carmarthen Harriers members among them.

It was re-arranged from mid-July to the end of September as a result of the COVID-19 restrictions back in the summer. All roads for athletes, team managers, coaches and supporters from English Schools, Welsh Schools, Irish Schools and Scottish Schools led to the Moorways Athletics Stadium in Derby for the end-of-season fixture hosted this time round by English Schools. 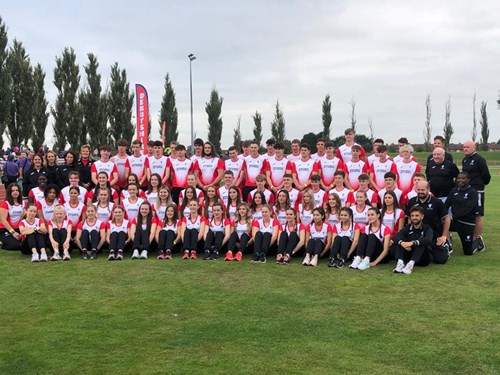 This was an International team competition with four countries competing across all track and field disciplines - sprints, endurance, steeplechase, walks, jumps and throws.

Some Welsh Schools athletes had been pre-selected as event winners at the WSAA SIAB Trial held on July 3rd at Brecon, the remainder gained selection through Power of 10 performances across the summer after the WSAA programme of events was cancelled for a second successive year. Selectors had chosen a team of 35 girls and 32 boys from across West, South, East and North Wales' secondary schools.

The majority of athletes selected were from the Middle age group (years 10 & 11 in under 17 category) with a handful of outstanding juniors (under 15s) given the opportunity to gain experience of this level of competition for the first time.

Across the forty events on the programme, the Welsh School team produced new Welsh records, personal bests and won 4 gold, 5 silver and 2 bronze medals - finishing with a total of nine individual medallists along with a first and second in the boys and girls 4 x 100m relays. 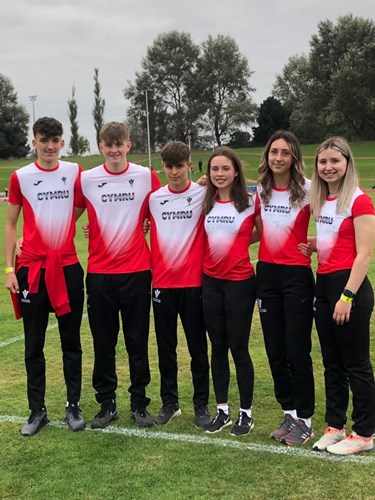 Congratulations and well done to the seven club athletes from Carmarthen Harriers Athletics Club (+ Frank Morgan) who gained selection for the 2021 squad, with some winning their first Welsh vest at an International fixture.

In addition, a further eleven athletes from the Dyfed Schools (Carmarthenshire, Pembrokeshire, Ceredigion) District also made the journey to the East Midlands. This included nine Pembrokeshire Harriers and two Llanelli AAC U17s.

The track and field International will head to Dublin in 2022, with Irish Schools the hosts next summer. 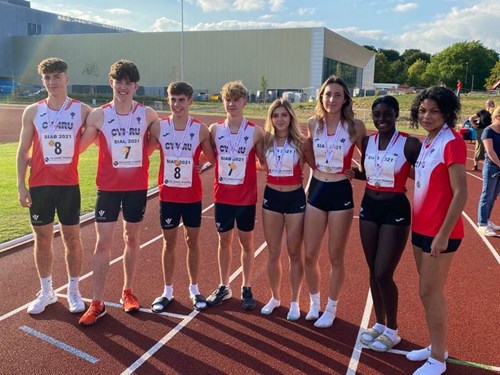