The second weekend of February (11/11/21 - 13/11/21) was a busy one for the club and Dyfed Schools, as Carmarthen Harriers athletes were involved at the Welsh Schools National Cross Country Championships, England Athletics Age Group Indoor Championships and the PUL5K in Wales and England.

Read on for the weekend round-up and all the club results; da iawn pawb...

The Welsh Schools National Cross Country Championships 2022, one of Welsh Schools Athletic Association's biggest competitions of the year, was staged for the 59th time at Penlan Arena in Brecon on Saturday 12th February.

The eight races on the programme featured approximately 470 athletes, which included youngsters in the year 7 races who made their first appearances at these National Championships since moving up from primary level. There were also junior, middle and senior categories over various distances from 3,540m to 5,790m.

Welsh Schools vests were up for grabs for the leading junior and middle age group athletes with the SIAB Schools Cross Country International 2022 hosted by Welsh Schools at Pembrey Country Park on Saturday 26th March.

Teams from England, Wales, Northern Ireland and Scotland will battle it out in the end-of-season fixture near Llanelli, Carmarthenshire this year which includes the return of the mixed 4 x 1500m relay event for both junior and middle categories. Selection will be made at the end of the month and Team announcements will be made in due course. 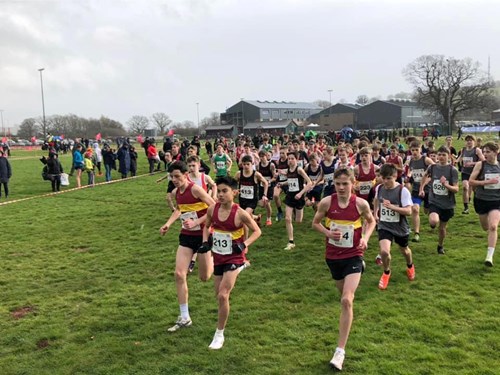 The Dyfed Schools District had another successful day at the championships, despite not being able to hold its own district championship this year. The best team results of the afternoon were in the Middle Boys and Senior Boys' age groups, winning team silver medals led home by individual podium finishes (first and third). The Year 7 Girls and Junior Boys were also on the podium, taking home bronze medals. Other positions included fourth in the Middle Girls, sixth in the Junior Girls and seventh in the Year 7 boys race.

73 athletes represented the Dyfed District in Brecon over the weekend and under the guidance of Dr Hedydd Davies, thanked the athletes and parents who supported the event.

A list of the athletes who represented Dyfed Schools Athletic Association are listed below: 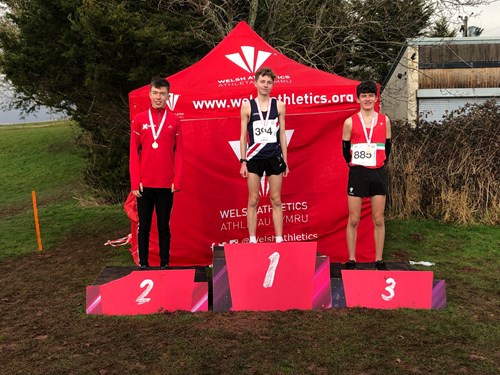 The England Athletics Age Group U15, U17 & U20 Indoor Championships took place at the English Institute of Sport in Sheffield on Saturday 12th February and Sunday 13th February.

More than 1,000 athletes across three age groups, from all corners of the UK entered with two Carmarthen Harriers members among those who made the trip from West Wales to South Yorkshire.

There were two podium positions by the end of Day 1, thanks to a jump of 5.65m by Jessica Lee in the under 17 women's Long Jump to finish in second, followed shortly afterwards by Osian Roberts, who also won silver on countback in the under 17 men's high jump with a clearance of 1.91m. 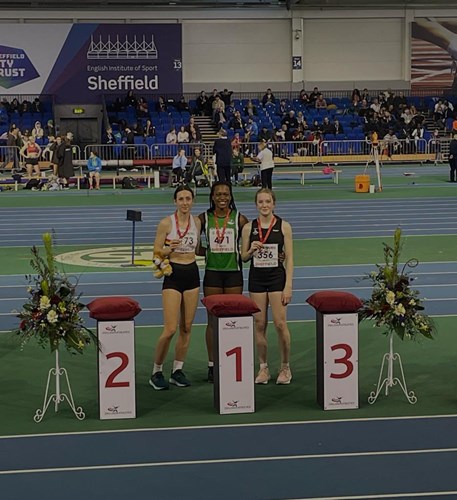 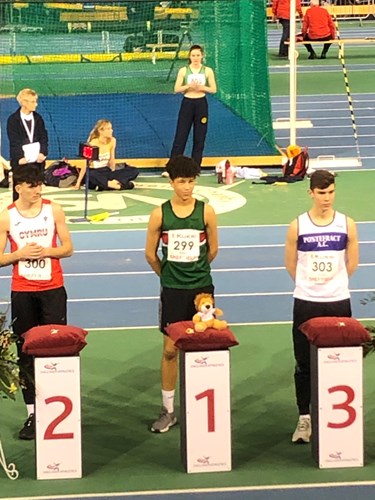 Dafydd Jones and Ben Thomas were two representing Wales with the competition also featuring athletes from England, Scotland and Northern Ireland. Jones crossed the line in 14:39 whilst Thomas also finished in the top 100 with 14:47. 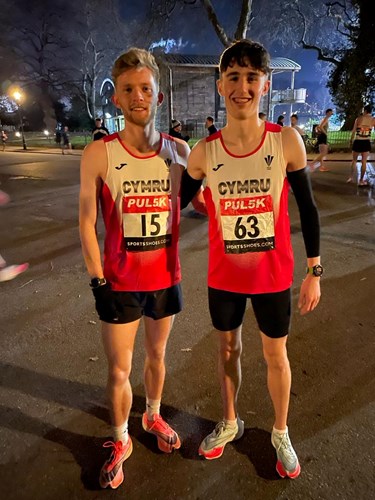