Held previously at Singleton Park in Swansea, the championships headed further West to Pembrey Country Park, near Llanelli for the third year in a row. 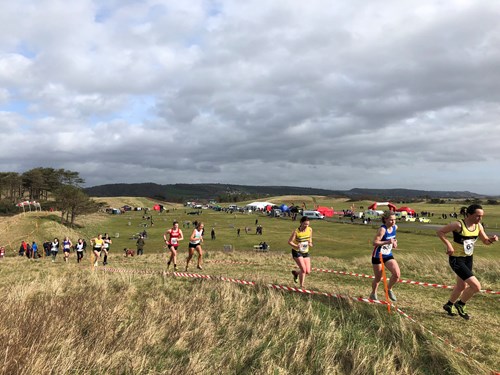 These championships have provided great inter-club entertainment since the first ever event in Ely back in 1894 and has always been one of the biggest endurance/cross country events of the year in Wales.

It was also held exactly one month before the park situated between Burry Port and Kidwelly, will be hosting the SIAB Schools Cross Country International 2022 here by Welsh Schools Athletic Association / Welsh Athletics.

Competitors, officials, guests and spectators were greeted to windy but perfect cross-country conditions on a dry and sunny day in the county of Carmarthenshire.

The fixture was back on the event calendar for the first time in two years and athletics clubs across West, South, East and North Wales were represented.

The 2022 edition of the Welsh Athletics Cross Country Championships saw 580 athletes cross the finish line under the arch.

There were eleven races on the Welsh championship race timetable for the future primary school generation (U11) right up to the more experienced seniors and masters with individual Welsh titles and team medals up for grabs.

Race distances varied from 1,550m for the primary school youngsters to 10,350m for the senior and master men categories.

On a demanding course that showcased the counties park and the surrounding areas, the competitors aged 9 to 80 tackled fast grass sections, sand dunes, woods and paths as well as running over logs and through the Marquee.

For a number of Welsh athletes, this was the third visit to the grounds of Pembrey Country Park in a matter of months. The John H Collins Gwent Cross Country League arrived in Pembrey twelve weeks ago as well as the Welsh Athletics Road Relay Championships, held in September 2021 at the nearby National Closed Cycling Circuit. 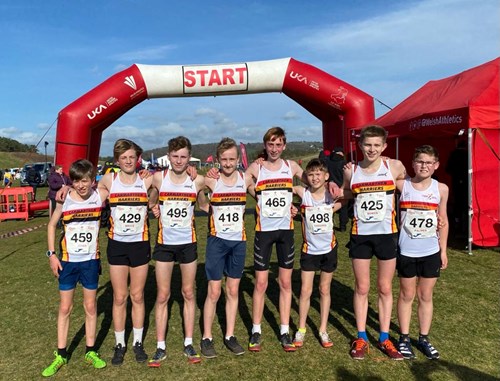 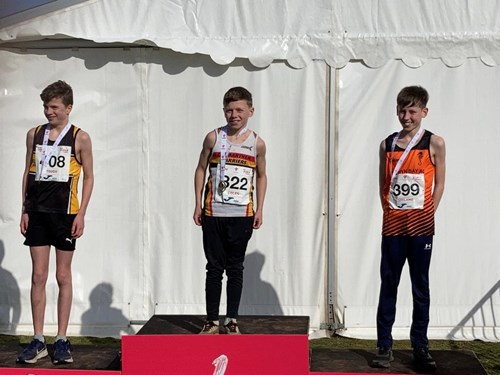 A total of thirty-nine Carmarthen Harriers members competed at this year's Welsh Athletics Cross Country Championships. There were some excellent individual performances in the local country park, where many go to train on a regular basis. In addition, team medals were also picked up in the under 15 age group for boys and girls.

Thank you to all the coaches and parents who attended on the day to support and prepared the athletes for the championships. 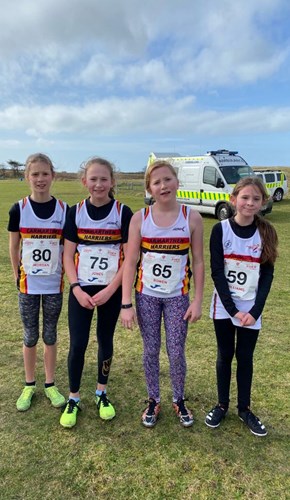 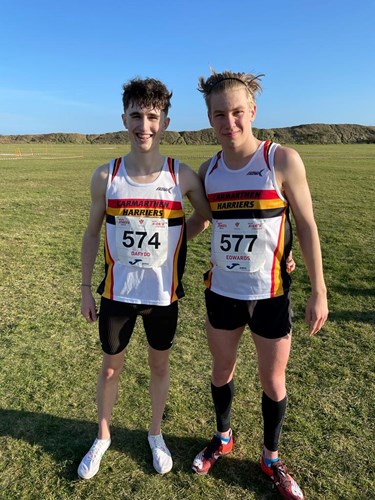 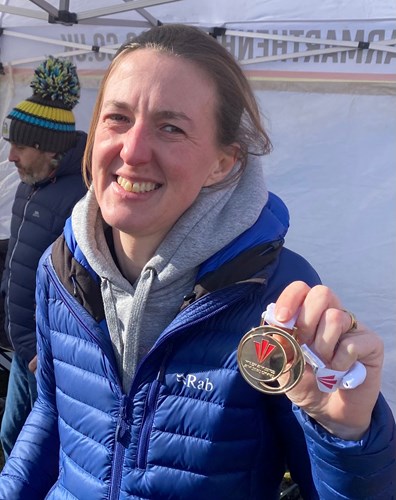 Next up... will see some make the long trip up to Loughborough for the UK Inter-Counties Cross Country Championships in a fortnight followed by the fifth and final John H Collins Gwent Cross Country League fixture at Singleton Park, Swansea on Saturday 19th March.

Attention will then turn towards the start of the outdoor track and field season, beginning with the open meeting hosted by Swansea Harriers at the University Athletics Track on 3rd April!