On Bank Holiday Monday (2nd May), the 39th running of the Carmarthen Mayor's Fun Run Races made a welcome return to the town centre.

Cancelled in 2020 and 2021 because of the pandemic, the first event in three years attracted runners of all ages and abilities from two-year-olds to experienced club seniors.

It was organised by Noelwyn Daniel and Sharon Daniel from Healthy Life Activities and supported by Carmarthen Town Council along with more than twenty local organisations. 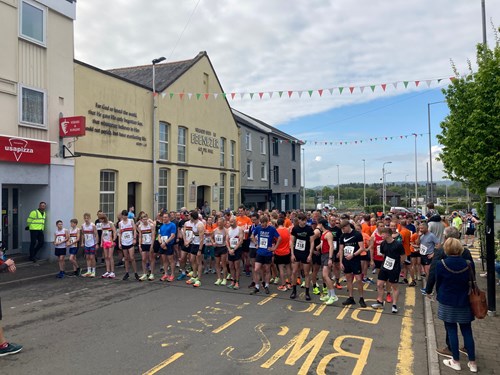 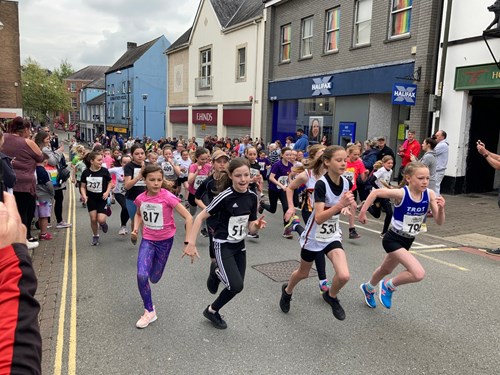 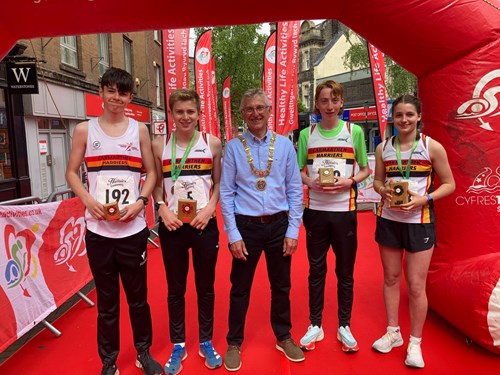 The event was established by Councillor Peter Hughes-Griffiths, in partnership with Dr Hedydd Davies, the International athlete who has represented his country many times. In the period 1982-2006 there were 25 Welsh road race championships held in conjunction within the Mayor's Race ranging from 10K up to half marathon and marathon championships.

With more than 600 runners entered for the 2022 event, the beauty of the Carmarthen Mayor's Race is that they take place in the heart of the town centre.

The Mayor, Mayoress and Deputy Mayor of Carmarthen were on hand to start the races and present medals and trophies to all runners taking part.

As in previous years, the day started with the 5K fun run where runners started opposite Carmarthen bus station and ran along the town's main roads a total of three times before the grandstand finish up at Guildhall Square. The 5K used chip timing results, meaning that all athletes were able to get their own individual time.

The overall male winner was Carmarthen Harriers’ Isaac Ayres in a time of 17 minutes 11 seconds. Six seconds behind in second was Ifan Bowen (17:17) with Guto Morgans finishing in third (17:20). Carmarthen Harriers trio Jack Tremlett, Jake Lynock and Steffan Davies were next in fourth, fifth and sixth.

This was followed by a series of junior races, featuring club athletes to those making their first steps in running. It began with the boys and girls in years 1 & 2 followed by years 3 & 4 completing two laps of the course. The halfway mark saw years 5 and 6 and then secondary school years 7 & 8 participate.

The final event of the programme was a category for the nursery and reception children over one lap, where the young ones could run alongside their friends and family. 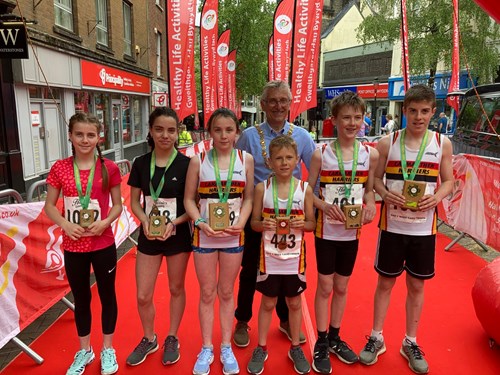 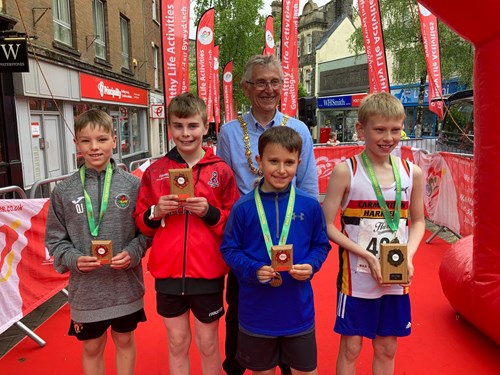 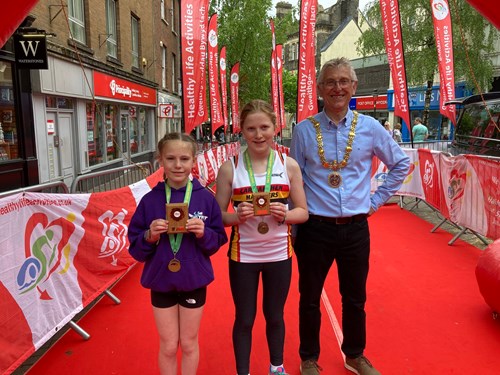 The Ras Dyffryn Cledlyn 5 Mile & Junior Races was also held on Monday at Llanybydder with Harriers vests out on show, there were races for nursery children right up to adults -

Well done to all the Carmarthen Harriers junior and senior athletes who took part at both venues on Bank Holiday Monday!