Nearly 3,000 runners of all ages and abilities participated at the Admiral Swansea Bay 1K, 3K & 10K races earlier today (Sunday 19th September), an event which was celebrating a special anniversary.

Last year’s event was postponed as a result of the Covid pandemic but this year's event was a really special one as it marked the 40th race for this highly popular race since its inception in 1981. Race day looked slightly different to previous years including a lower number of entries and a staggered start process to the main 10K race. 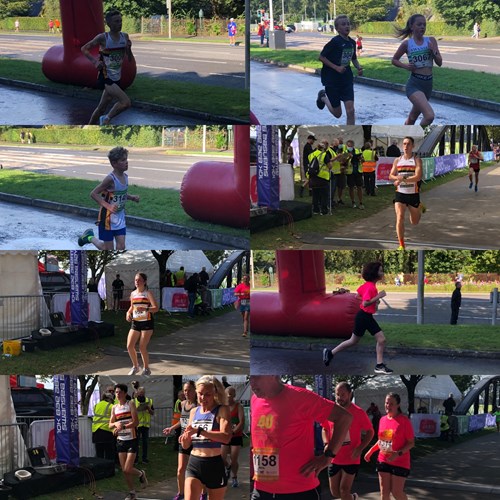 Swansea Bay seafront, near St Helens Rugby Ground played host to a festival day of running as Admiral sponsored the Swansea Bay Races for the fifteenth consecutive year, back in its mid-September slot after a year out and staged by Swansea County Council.

2,375 10K runners and 250 juniors took to the start line of their respective distances in the race that won twice at the UK Running Awards for being voted the Best 10K in Wales.

The race took place along the beautiful and iconic sweep of Swansea Bay. Starting alongside St Helen's Rugby Ground, the first half of the course followed the road down to the picturesque Mumbles, before returning along the stunning Swansea promenade taking in its fast, flat surface and gorgeous scenery.

As well as the 10K, also returning were the popular junior races which started everything off earlier in the morning.

The 1K & 3K races started shortly after 9:00am and was a great introduction to running on the road. The 7 years and under got their chance to run first alongside their parents before the older 8-11 year olds children set off. This was followed by the 3K for runners in the 9 to 14 age category who ran a slightly different route along the prom and road before heading towards the finish line.

Eleven of the Carmarthen Harriers' endurance runners entered the races this year.

The 3K for 9-14 year olds saw the Harriers secure a one-two finish in the boys race. Iwan Thomas was victorious, winning the title in a time of 9:46 and was followed home by Joshua Barnett, who finished as second male in the runner-up spot in 10:50. Brother and sister Oscar Toogood and Grace Toogood also participated in this event and crossed the finish line in 13:23 and 15:00 respectively.

In amongst the 2,300 runners who took on the 10K challenge for their own individual reasons, included seven from the club. Finishing times listed below: 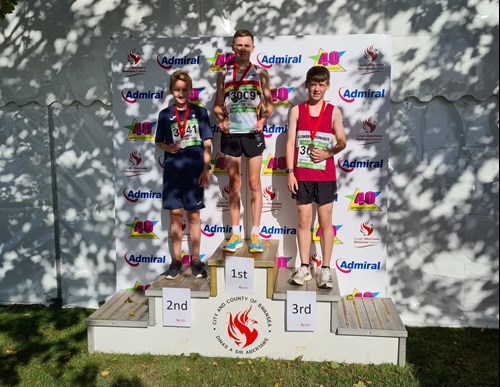 Photo-fit.net were on hand to capture every athlete who crossed the finishing line in all races. You'll be able to find all the photographs on their website in the coming days http://www.photo-fit.net/

To find all the Admiral Swansea Bay 1K, 3K & 10K finishing times, go to the Results Page at http://www.swanseabay10k.com/results

For more details, past annual events and much more, head over to the official event website http://www.swanseabay10k.com/ sponsored by Admiral.

Elsewhere on Sunday, Wendy Price competed at the Pumpsaint Trail Half Marathon, where she finished as the second FV35 in a time of 1:45:47.