Carmarthenshire's sporting talents were celebrated at the Actif Carmarthenshire Sports Awards 2021 on Thursday evening (10th March). Held for the 22nd time, it took place at the Ffwrnes Theatre in Llanelli and organised by the Carmarthenshire County Council Sports and Leisure team. 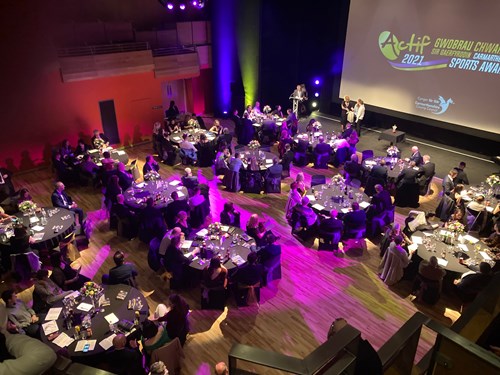 The annual Actif Carmarthenshire Sports Awards recognised the sporting achievements and successes of individual athletes and sports clubs as well as acknowledging the contribution made by dedicated coaches and hardworking volunteers who make a difference through sport and their communities.

The ceremony is one of the most prestigious evenings in Carmarthenshire’s sporting calendar. The evening was hosted by rugby union referee and presenter, Nigel Owens MBE.

As well as the Sports Personality of the Year Award, the categories included Young Sportsman and Sportswoman, Community and High Performance Sports Coach, Sports Volunteer and Young Volunteer, Sports Team, Young Team and Community Club of the Year, Outstanding Services to Sport Category and Hall of Fame.

More than twenty individuals, six teams and three clubs were up for a total of 12 awards.

Club President, Dr Hedydd Davies MBE was inducted into the Hall of Fame, joining some of Carmarthenshire Sporting Greats. This award was presented by Carmarthenshire County Council. Congratulations to them all on their successes.

Frank Morgan, a 16-year-old athlete with Carmarthen Harriers has excelled in Athletics over the last 2 years.

In addition to this Frank has been selected to run in the UK School Games and has captained the Under 17s Track and Field School Team. 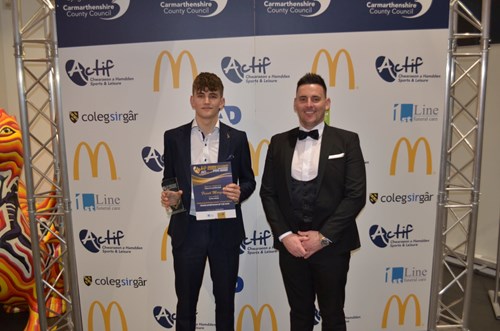 Carol is an endurance coach at Carmarthen Harriers Athletics club where she coaches track side several times a week. Carol has also been the Team manager and coach on several occasions for the Welsh Schools Team. Carol’s commitment to her athletes is profound, spending hours not only coaching, but traveling with the athletes to competitions and working on training programmes.

Her athletes have competed in many schools’ international championships and secured many podium places, with one athlete coming 1st in the Manchester Internal Meeting during August 2021. 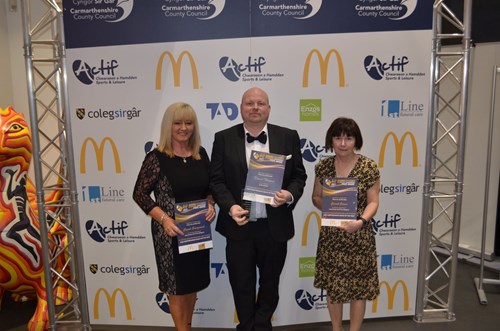 Rob is a pivotal member of Llanelli Athletics club where he has several roles. During Covid when races and activities were curtailed, Rob organised activities and challenges to keep members motivated from strength and conditioning work outs to a 140 mile "Iron-Man" Challenge and a mile a day January Challenge!

As well as this Rob encouraged his couch to 5k runners to stay active during covid and have now become fully affiliated members of the club. 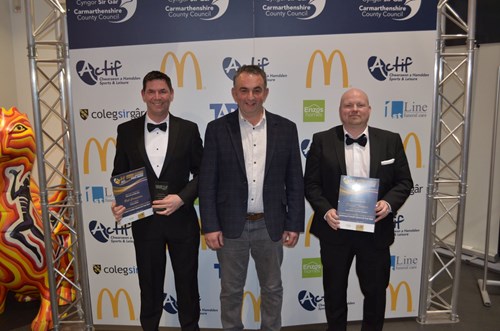 The team comprises of several junior members who compete across different age groups on behalf of Carmarthen Harriers in a variety of events, such as cross county, track and field.

Due to COVID there was no competitive athletics between March 2020 and April 2021, but since then several athletes have competed in National Championships, such as the Welsh Schools and Welsh Junior Athletics Championships winning a number of individual medals. 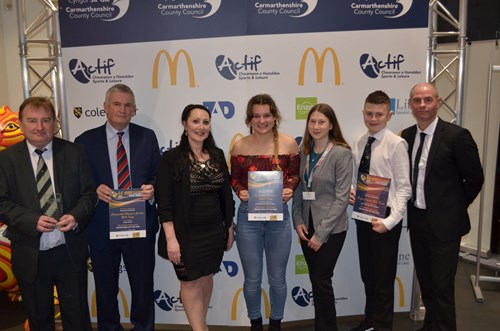 Dr Hedydd Davies has been involved in athletics for over half a century and is well known and respected in sporting circles across Wales.

Some of Hedydd’s most notable achievements include finishing 17th at the 1970 Commonwealth Games in Edinburgh and competing in six consecutive World cross country championships. In total Hedydd has claimed nine Welsh senior championships — including four marathon titles — during his career.

Hedydd has also been a Coach at Carmarthen Harriers since 1980 and spent over 40 years organising athletics events in Carmarthenshire.

In 2007 Hedydd was awarded the MBE for his services to sport and 2012 saw him receive the Welsh Athletics Lifetime Achievement Award.

Hedydd’s achievements and those of the many Athletes he has coached over the years can be found in a copy of his recent book called 'Athletics, Education and Carmarthen Harriers'. 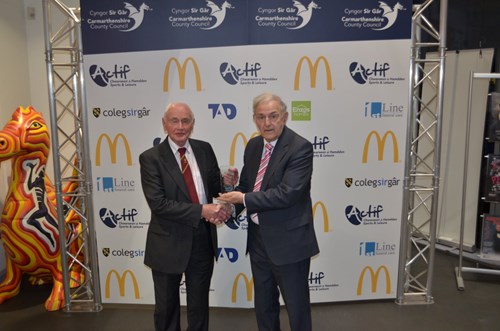 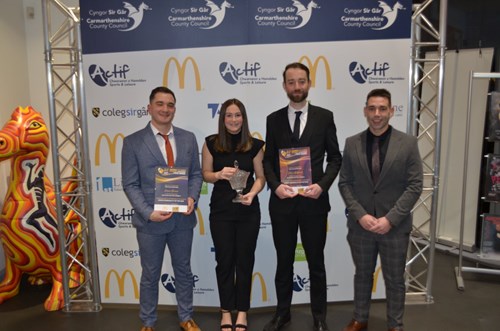 Ralph has been coaching Javelin several times a week with Carmarthen Harriers Athletics Club for over 26 years.  He started coaching his daughter back in 1994, where she became the first of many of his athletes (over 32 to be precise!) to achieve international honours and Welsh Championship titles.

In 2021 alone Ralph coached five athletes to national titles, and at the aged of 77 can still be found regularly at the Carmarthen Athletics Track passing on his wealth of experience and helping young people of all ages to fall in love with the sport that he loves and has given so much to. 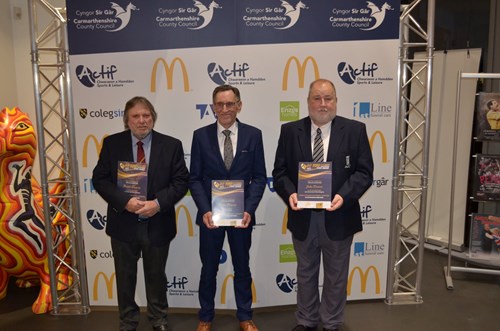