Ella Wintle, from Ysgol Y Preseli in Pembrokeshire and a member of Pembrokeshire Harriers has been recognised for her contribution to Dyfed Schools Athletics over several years.

Dyfed Schools Assosication in November 2015 decided to set up an annual Glyn Davies award in memory of Glyn who had been treasurer of Dyfed Schools AA for 16 years. He was remembered for his support of Dyfed Schools teams at the Welsh schools cross country and athletics championships and in particular standing at the entrance to the Carmarthen Athletics Track collecting the gate money at Dyfed competitions.

The Glyn Davies Award is to be awarded annually to the Dyfed School athlete/s who has contributed most to Dyfed schools in athletics or cross country in that year.

Dyfed Schools across all four areas in the district were invited to nominate athletes who in their view contributed to the success of Dyfed Schools in the first half of 2019 (athletics, cross country or sportshall athletics)

In the past two years, Ceredigion duo Lili Church and Beca Roberts as well as Ysgol Dyffryn Aman's Alicia Samuel were the previous recipients before this year.

Ella in 2019 competed for Welsh schools in the 300m in the British schools athletics international in Swansea on 20 July 2019.

In 2018, Ella as a Y8 pupil also won three gold medals (100,200 and relay) in the 2018 Welsh schools championships and competed for Welsh schools in the relay in the British schools athletics international in Grangemouth Scotland.

In previous years Ella has competed for Dyfed schools in the Welsh schools cross country and combined events.

The award was presented to Ella by Dyfed Schools AA Secretary Hedydd Davies at an assembly at Ysgol Y Preseli on Friday morning 27th September. 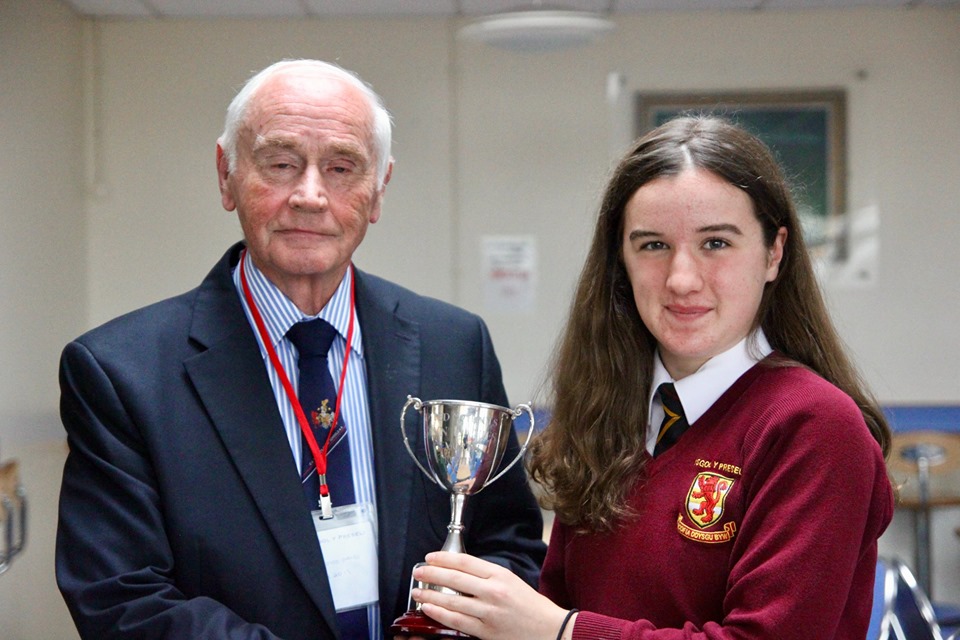