Two West Wales locations held the second days of the Regional Endurance Hub and Throws Day sessions at the end of December and in mid-January. The Endurance and Throws days are held this season as part of the new Welsh Athletics Regional Development Programme.

The Regional Hub sessions lasted 90 minutes and gave regional level athletes the chance to train together. It also provided an opportunity for the carry-over of skills learned on the Regional Development Days. These sessions have been opened out to U20 athletes.

Coaches Rob Campion and Delyth Brown took the session and started off with some warm up drills. The training session was held around the Gwent League course which has become familiar to many, running around the perimeter of the field working in groups over short and long distances and hill work. 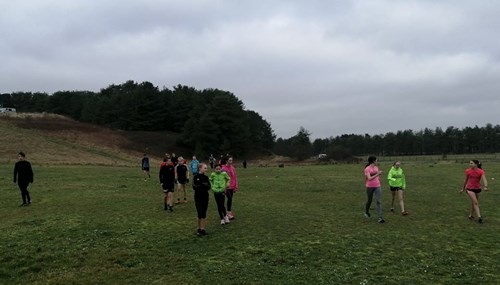 In total, 20 athletes from Pembrokeshire Harriers, Carmarthen Harriers, Llanelli AC and Swansea Harriers attended the second day a few days after Christmas, with the next scheduled to arrive at Pembrey Country Park in February. The Regional Hub Sessions are open to ALL athletes from the region in the under 13 to under 20 age groups.

After two great days in Carmarthen on 28th September and Swansea on 14th December, the third and final day of the West Wales Regional Endurance Day (3 of 3) this winter is planned for a Saturday 14th March at Pembrey Country Park. These days are invite only by the region's coordinators.

On the third weekend of January, throwers from Pembrokeshire Harriers, Carmarthen Harriers, Swansea Harriers, Neath Harriers and Pontyclun AC arrived at Swansea University Athletics Track on Saturday 18th January for the second of three West Wales Regional Throws Training Days in Sketty Lane over a three-hour session. This followed on from the first successful day in Carmarthen back in October. 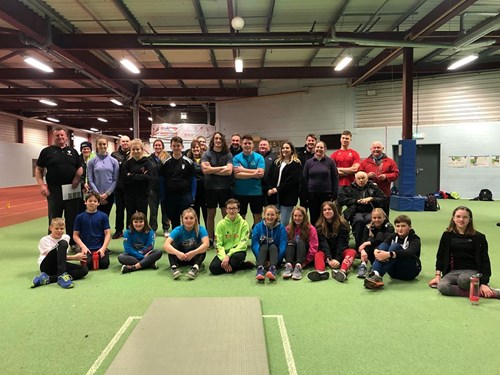 The objective of the new Throws Development Programme launched by the new National Talent Development Coordinator Ryan Spencer-Jones, is to further develop the current athletes in the groups into the national set up & to grow participation across the region.

With around 30 youngsters in attendance of all abilities and a dozen qualified club coaches, the start saw West Wales Throws Coordinator Pedr Roberts introduce the coaches and set out the day's session and opportunities in the regional and national programme which was then followed by a warm up on the indoor track.

Athletes split up into four group disciplines indoors and outdoors to work on key techniques and share good practice and throwing tips amongst each other. The javelin, shot put and discus stayed indoors at the University Indoor Athletics Track whilst the hammer throwers headed outside to the sunshine. 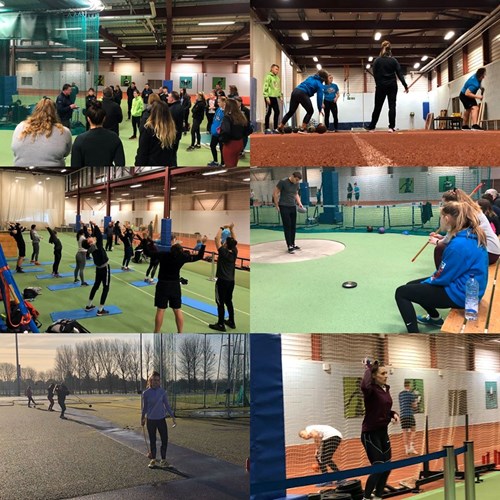 At lunchtime, attendees completed some strength and conditioning exercises as a full group with coaches present to offer advice.

Day 3 of the West Wales Regional Throws will be announced and confirmed in due course.

For further information, Speak to your coach for more details or email westthrows@welshathletics.org