Following on from the very successful Ammanford Junior Fun Run Races at Amman Valley Leisure Centre on Wednesday 5th June where 375 youngsters attended from reception to secondary year 7 and 8, Ammanford Town Centre, located in Carmarthenshire hosted a second big running event in the space of a month in mid July. (Sunday July 14th).

It was the turn of the seniors event where a total of 288 runners participated in the Annual Ammanford 10K Race as the road running season continued in the Amman Valley.

The ever-popular race, which has now become a local favourite on the Welsh Athletics calendar, was on open roads with 288 finishing to confirm its biggest field ever since being introduced. Starting and finishing at a new location this year, it took runners on a scenic route starting on the Recreation Ground field and passing the Bonllwyn Green and surrounding areas.

On reaching the half way mark at Llandybie and Bleanau runners returned down the country lanes via Aberlash. At the 8K point, runners re-joined the main road and re-traced their steps back to the finish line on the rugby club field, where family and friends were waiting to cheer them on. 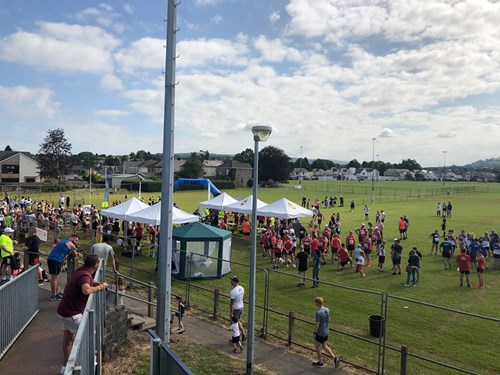 Entries could be done online this year for the second time and over 200 of those took advantage in signing up as early as possible. With on the day entries also available, it was a great occasion as athletes of all ages from the 17 year olds right up to the veteran 60 descended on Ammanford Recreation Ground on a warm morning with temperatures around eighteen degrees celcius.

Organised and assisted by officers and members of Amman Valley Harriers Athletics Club, the event was sponsored in 2019 by Ammanford Lions Club, Llys Cennen Solicitors and Brecon Carreg.

Rhian Thomas, President of Ammanford Lions who sponsored the event and also presented trophies added: "We were very pleased to sponsor the Ammanford 10K Run once again this year. The event gets bigger every year and this year the turnout has been fantastic. We are proud to be a part of the race."

It was a route that suited novice and club runners alike and it was great to see participants of all ages and abilities getting involved in an event which has continued to go from strength to strength for more than 20 years. Every finisher received their finishers medal from members of Ammanford Lions as well as a bottle of water provided by Brecon Carreg.

Among those running were members and supporters of Ammanford AFC, who were all running to raise money for the Jac Lewis Foundation and collected over £1,000 in total.

The prize money was kindly sponsored by Llys Cennen Solicitors with age group trophies up for grabs in several categories from open male & female through F35, M40, F45 and M50 up to the F55 and M60, meaning everyone had something to play for. In addition, the winning male and female team trophies were also presented with three per team counting. 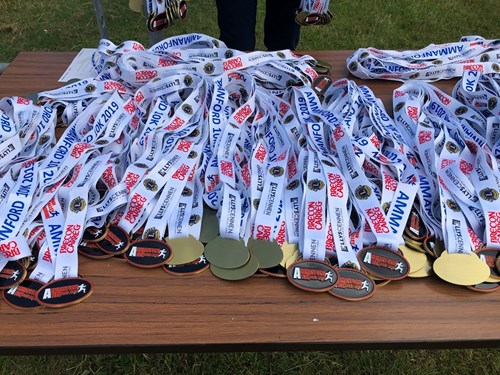 Llanelli AC club seniors dominated the front end of the field with eight out of the first fifteen placings occupied by the Llanelli team. David Keenan, fourth in 2018's event crossed as the winner in a time of 35 minutes and 20 seconds with an eight-second victory. Finishing in runner-up and third place were club mates Dean Summers (35:28) and Nicholas Sheehan (35:39) to make it a clean sweep of individual awards and collect West Wales medals in the process. Mark Harrison came in to the finish in fourth position (36:05).

Commenting on victory, Keenan said: "I was very happy with my performance and it was great to see everyone enjoying from first place right down to the end. After a close first 6K, I managed to pull away on the downhill section and felt comfortable throughout. The organisation of the event was brilliant and the new route at the start in my opinion was a big improvement. Well Done to Rob and the team for organising another fantastic Ammanford 10K!"

In ninth overall, Alaw Beynon-Thomas (Swansea Harriers) was the first female athlete back home in 38:09, four minutes faster than the winning time recorded 12 months ago. She was followed over the line by Amman Valley Harriers' Sioned Howells (38:37) and Carmarthen Harriers' Wendy Price (42:01).

Swansea's Beyon-Thomas, coached by Kevin Evans added: "The main aim was to enjoy today as I've had some tough races over the past month or so. My coach encouraged me to go out and enjoy the racing rather than going for time.

The event was great and very well organised. I went out fairly hard but the weather made the hilly course very hard but happy to get the win as well as the West Wales title too. The win was a nice boost before going into a block of training before racing in September and October."

Coming as no surprise, the red and white vests of Llanelli AC were announced as the men's team champions with the first three individually Keenan, Summers and Sheehan collecting awards. Meanwhile, the Amman Valley Harriers' women's enjoyed home advantage as they picked up the female team winners thanks to the trio of Clara Davies, Sioned Howells and Helen Janney. 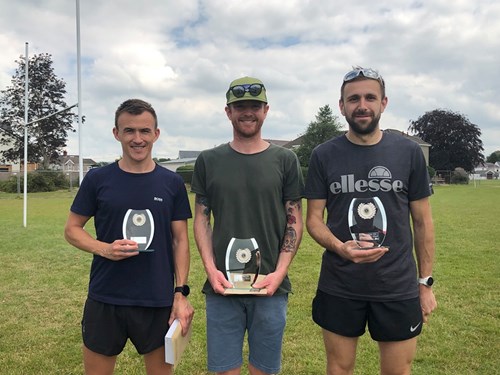 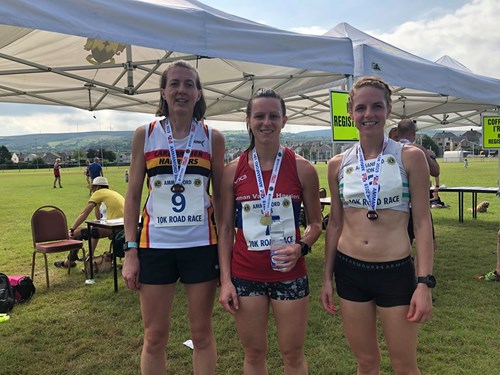 Photo Gallery of the Ammanford 10K 2019 (photos by Nathan Jones:) 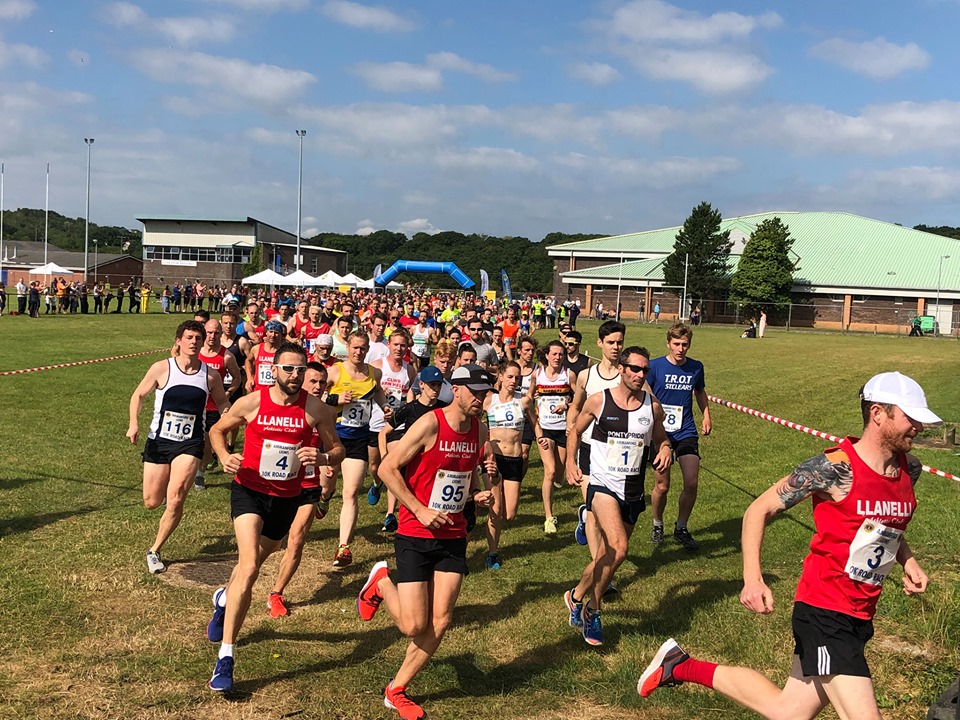