Nominations for the Welsh Athletics and Run Wales National Awards 2021 have opened and will close in late January.

The Welsh Athletics and Run Wales National Awards present a unique opportunity for the sport to honour and reward the great work of Clubs, Groups, Coaches, Leaders, Officials, Volunteers and Athletes across Wales at all levels.

There are 17 awards on offer in 2021, everyone is invited to nominate an individual, group or club.

At the Vale Resort Hotel when the awards evening were held in October 2019, Carmarthen Harriers were the recipients of the Welsh Athletics ' Junior Off-Track Club of the Year.' 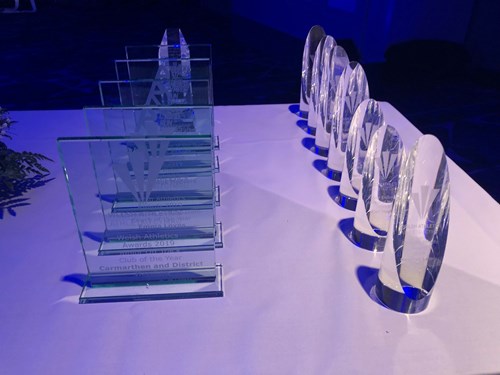