Six School Events in the space of eleven days in January... Busy period of cross country and sportshall fixtures in Dyfed!

Dyfed Secondary Schools pupils and teachers have been in action over a busy fortnight for the District on the cross country and indoor sportshall fronts. In total, six events have taken place in the past eleven days (January 17th - January 28th). Here we catch up with everything that's happened and what you might have missed...

There were races for all year groups at secondary school level with pupils invited to represent their school.

Medals were awarded to the first three in each race and the event again incorporated an inter schools shield.

Due to poor weather conditions, Brianne, Pembrokeshire and Ceredigion areas re-arranged fixtures to the following week. 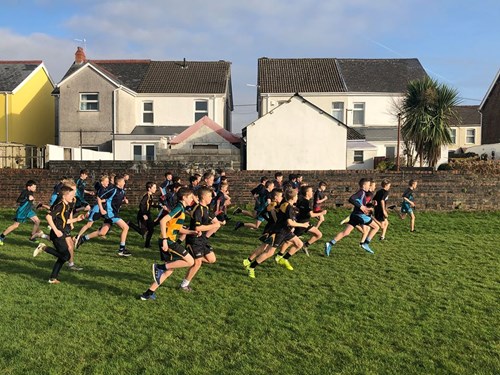 This followed two league matches that have already been held at Whitland and Carmarthen back in September and October.

Pembrokeshire and Ceredigion Secondary Schools held their championship on the same day at Haverfordwest and Aberaeron on Tuesday 21st January. 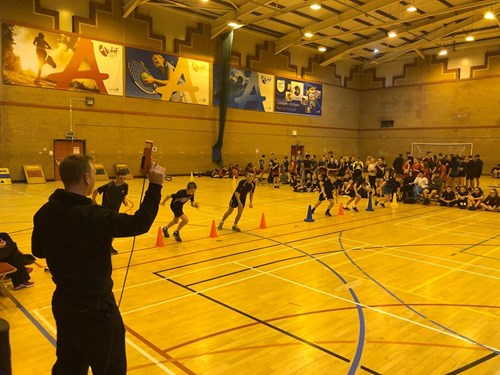 It offered sporty youngsters in the county the opportunity to participate in a number of indoor disciplines split into year 7 and 8 and year 9 and 10 boys and girls age groups. 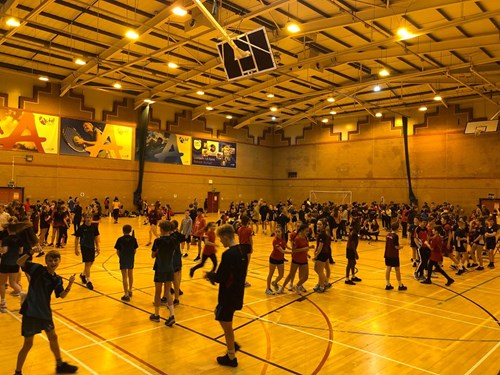 Year 7 and 8 started off on the fields whilst the year 9 and 10 competed in track events before categories rotated half way through.

The sportshall at the Actif Sport and Leisure centre was full of school children and Welsh Athletics and teacher officials.

Eleven of the county’s secondary schools attended the championships and more than 300 pupils participated in total in what was an excellent morning of competition.

Events included 2 lap sprint and 4 laps sprint on the track, whilst on the field events, there was the standing long jump, standing triple jump, speed bounce and the shot put.

Approximately 60 track heats, 12 track finals and 14 field competitions were all completed over the three-hour programme.

An under 13 and under 15 Dyfed Schools' team will be chosen to compete at the Welsh Schools Indoor Sportshall Finals at Cwmbran Sports Centre in March.

Approximately 250 pupils from the District represented their school at the 2020 Dyfed Secondary Schools Cross Country Championships, held at the Haverfordwest Lower Racecourse for the first time as these races provided the opportunity for athletes to get themselves a space in the Dyfed Schools team for Brecon in six weeks' time.

All roads for children, spectators and teachers from across Brianne, Pembrokeshire, Llanelli and Ceredigion areas led to the racecourse fields for the event.

The Dyfed Cross Country Championships were back at a new venue on Tuesday 28th January having been staged at Parc Dinefwr in Llandeilo and Oakwood Theme Park in Narberth over recent years.

The majority of the athletes that took part finished in the leading positions at the four respective area championships that all went ahead last week between 17th and 21st January. The top 10 in each of the races at fixtures at Pembrey, Ammanford, Haverfordwest and Aberaeron qualified for the Dyfed Championships on Tuesday as pupils went head to head with selection places up for grabs for the Welsh Schools Cross Country Championships in Brecon in mid-March. 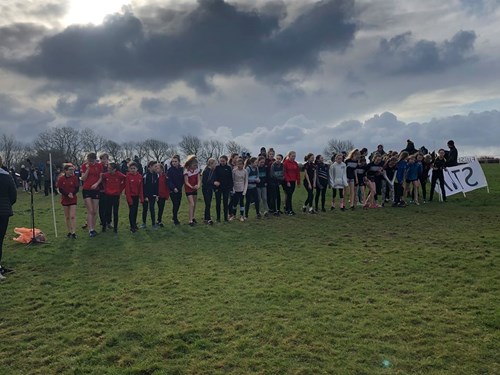 The weather provided everything - wind, rain, cloud, hail showers and a glimpse of the sun. The underfoot conditions was in good condition and it played a big part for fast racing and a number of brilliant performances.

During the morning, there were eight races for all categories. The Year 7 Girls and Boys, competing in these championships for the first time since moving up from primary level, got the action underway and were followed by events for the combined year 8 and 9, and year 10 and 11 for both genders. Seventeen senior athletes were also in attendance and were the last to set off at lunchtime.

The course was set up on the lower racecourse field itself and consisted of a small and large lap.

The day ran very smoothly thanks to the support from school teachers, organisers at Pembrokeshire area schools and volunteers from Welsh Athletics and Pembrokeshire Harriers who marshalled at the start, finish and out on the course. 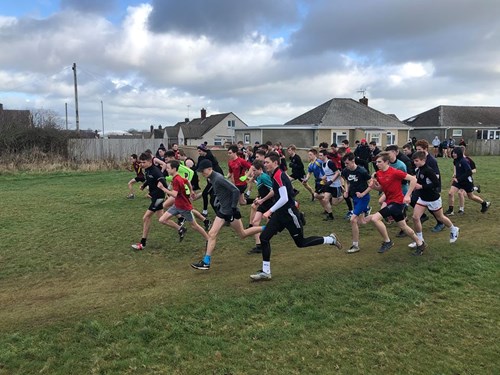 Twelve in each age group with an additional four reserves in the year 7, year 8/9, year 10/11 and year 12/13 categories have been selected to compete for Dyfed Schools in the Welsh Schools Cross Country Championships at Penlan Arena Fields, Brecon Leisure Centre on Wednesday 11th March.

RESULTS / CANLYNIADAU are being updated as we get them...Brianne Schools, Ceredigion Schools and Llanelli Schools Area Championships and Top 15 from the Dyfed Championships are currently available at https://www.carmarthenharriers.co.uk/results/