For the second time, runners of all ages and abilities headed to The Cottage Inn Pub, Carmarthen Road on the outskirts of Llandeilo on Friday Evening, 6th of September for an event which was first introduced 12 months ago in 2018.

Thanks to the great feedback from those in attendance at the debut event in September last year, here it was making a welcome return in the road running calendar once again! 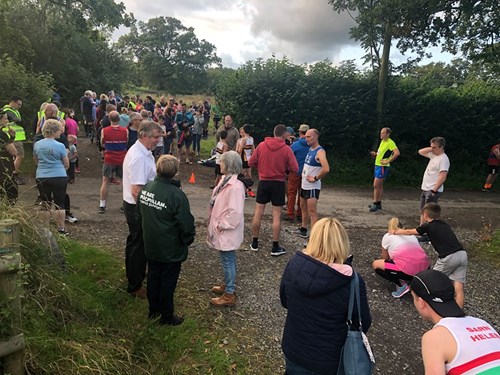 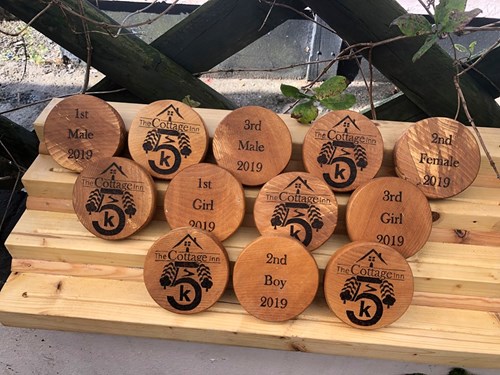 The Cottage Inn Junior Mile & 5K distances was a road running race held to raise money for Macmillan Cancer Support with a donation also made to the Llandeilo Mayor Fund.

After starting across the field from the Cottage Inn pub itself, the course took runners on an out-and-back loop around the quiet country lanes of the area.

Once the morning rain had cleared away, the evening sunshine in West Wales saw a total of 101 finish the 5K whilst 41 children got involved in the Junior Mile with a number of parents and guardians running alongside little ones. 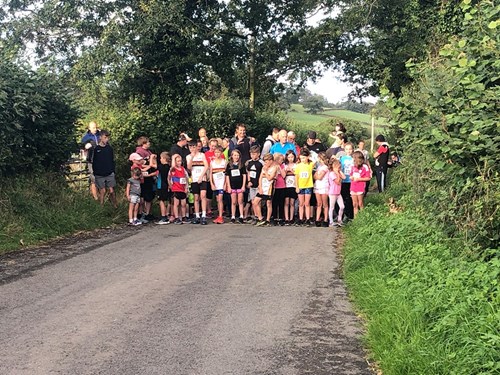 All finishers who completed the course collected their finishers' medal, welcomed home with a round of applause by parents, friends and club mates. In addition, the first three boys and girls in the junior mile and the first three men and women in the 5K were presented with a trophy.

This all happened before runners and spectators socialised afterwards, enjoying some burgers, hot dogs and drinks in each other's company.

Two course records were broken in 2019 and both in the male categories. Macsen Toogood took off nine seconds off his own time recorded in 2018 of 5 minutes 7 seconds, whilst David Keenan's winning time of 16:59 in the 5K was sixteen seconds faster than 12 months ago. 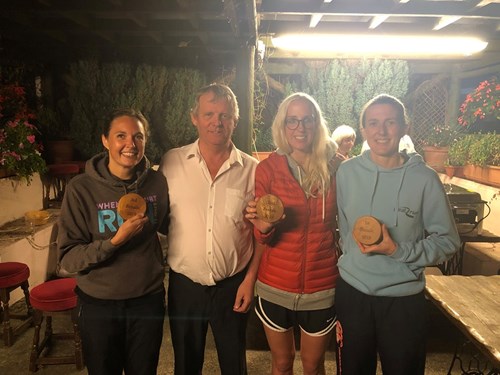 It was pleasing again to see a good number of Carmarthen Harriers endurance athletes coming along to run in this local Carmarthenshire event in Llandeilo and recent success continued as they picked up seven awards along the way.

As well as all five of the juniors taking first, second or third above, there were also another seven who took part in the 5K and these included a few under 13's and 15's taking on the longer distance.

Finishing times for the 5K were as follows:

Again, it was an overwhelming success raising money for a great cause and each participant had a great time with a smile on their faces! The event by now is annual and it is expected to attract big numbers when 2020 comes around.

Organised superbly and efficiently by Amman Valley Harriers' Clara Davies, she thanked all the volunteers, runners and supporters alike who turned out to support the event and help raise money for a great cause.

A copy of online results are available for you to view below using the links: 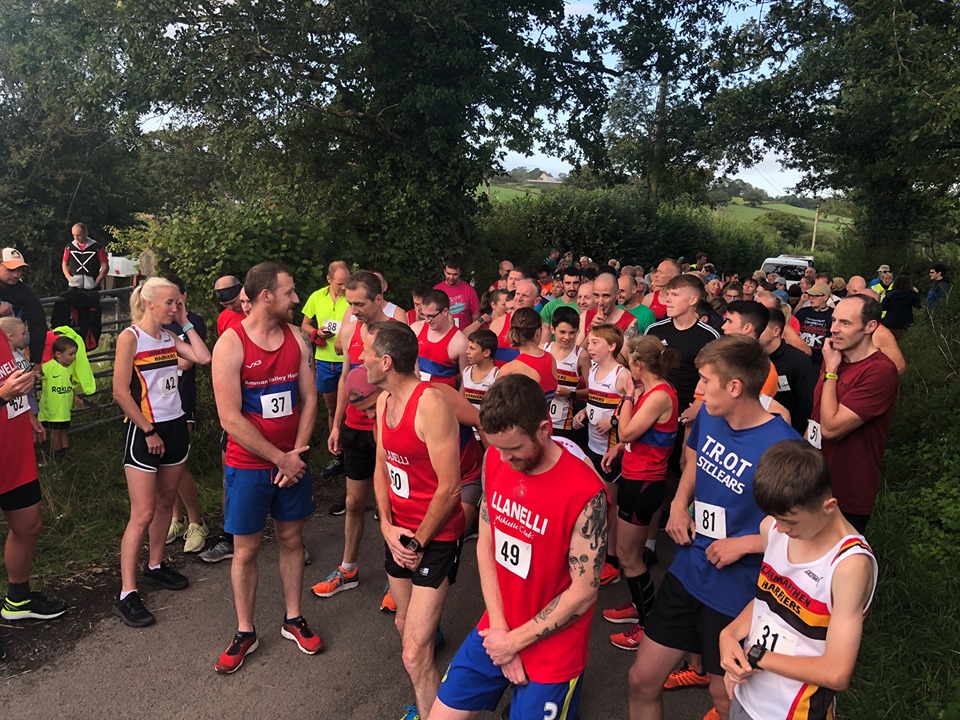