The Welsh Athletics Inter Regional Athletics Championships returned over the weekend as it moved to a new date at the beginning of August instead of the traditional August bank holiday weekend as in previous years. In addition, the event saw a slight change in the age groups participating as well as a new hosting venue.

Wales' four regions - South, East, West and North headed for the first time to the brand-new Ron Jones Stadium within the Sobell Sports Centre in Aberdare for the 21st edition of the Welsh Athletics Inter Regional Athletics Championships on Sunday 4th August.

With the senior age group being removed in 2019, this meant it was the first opportunity for under 13 athletes to represent their region in this competition alongside the under 15s and under 17s in both male and female genders. 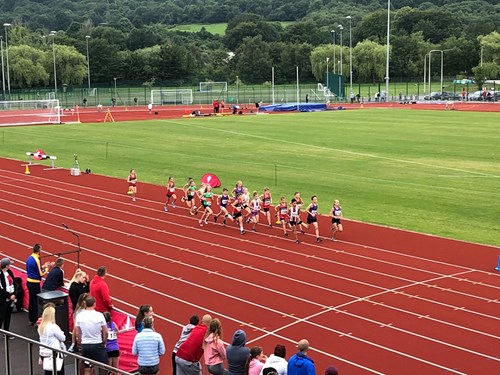 At Aberdare, the hammer, Long Jump and Pole Vault field events got the competition up and running before track action began shortly after lunchtime and continued through five-hours later to the early evening.

Cool and cloudy conditions greeted athletes, spectators and staff in the morning before the sun made an appearance during the afternoon.

Inter -Regional medals were awarded to the top three finishers in each age group and event by Commonwealth Bronze Medalist Walker Bethan Davies, with the presentation area busy all day and parents and coaches all eager to get a photograph of their child/athlete on the podium.

Athletes from Pembrokeshire Harriers, Carmarthen Harriers, Llanelli AC, Swansea Harriers and Neath Harriers made up the West Wales Regional Team and wore the red and black vest of the West and enjoyed more success at this fixture with the end of the summer campaign soon arriving.

On Sunday, there was an excellent team spirit within the West Wales team and approximately 110 athletes along with parents and coaches made the journey over to East Wales to be among the 2019 squad. The team were looking to match their medal tally from last year but did even better, surpassing the Brecon totals in 2018. The region came away with a total of 129 medals provisionally.

Split across track and field events, there were 66 gold medals won as well as 43 silver and 20 bronze medals making it one of the best finishing tallies recorded at the Inter Regional Championships.

Their efforts were rewarded in the team competitions too with seven of the trophies returning to the West, with these including the under 13 and under 15 age group titles and the overall trophy for the most number of points throughout all the categories. Around a dozen athletes were left at the end to be a part of the team photo with the awards but the success was down to every member of the squad this weekend. 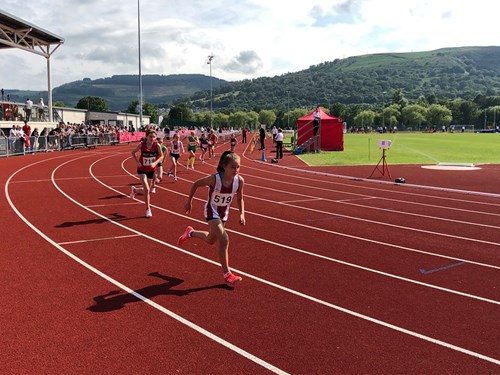 A busy day of track and field action finished off on a high note as far as the sprint relays were concerned. Results in the 4 x 200m included victories for the under 13 boys, under 15 boys and under 17 women teams whilst finishing in second were the other three squads; under 13 girls, under 15 girls and under 17 men.

This was after the 4 x 100m relays were the first track races to take place and turned out to be a great start to the championships where athletes from different clubs joined together to form the team and work together.

CARMARTHEN HARRIERS ROUND UP:

An encouraging number of twenty-four Carmarthen Harriers junior members were selected to represent their region at the Welsh Athletics Inter Regional Athletics Championships with thanks going to the coaches for getting them ready for the big day. Running, jumping and throwing in a number of disciplines, the group contributed to thirty of West Wales' overall medal tally. It was fantastic to see the athletes encouraging each other and making friends with other athletes from the various clubs. 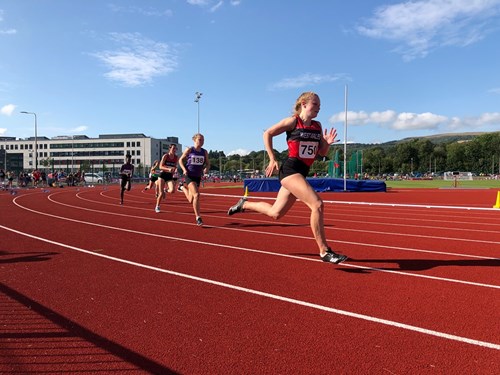 Individual Results by each athlete listed below: 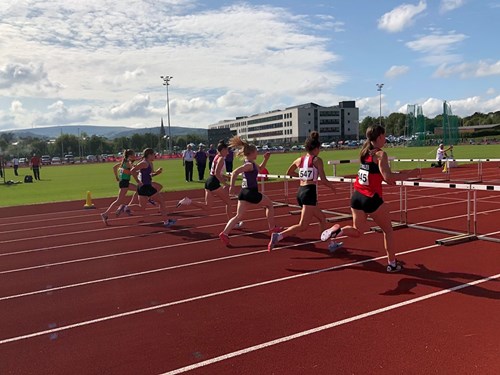 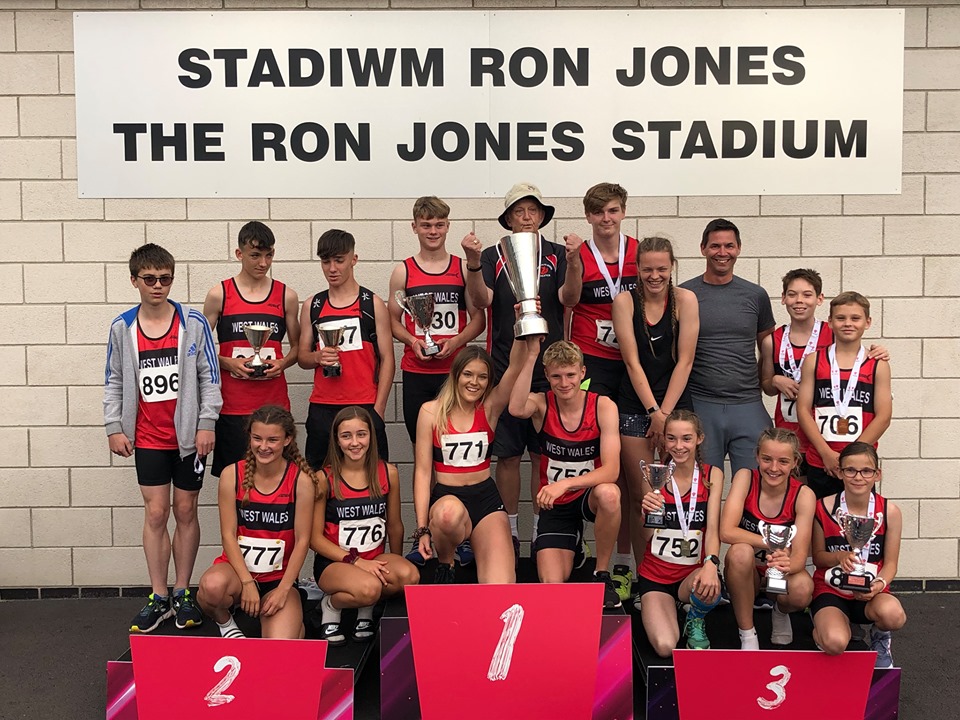