A new cross country season is rapidly getting nearer...and the league competitions is about to get underway at the end of September and into the beginning of October.

One of those leagues that's returning is the John H Collins Gwent Cross Country League which has since been newly named in memory of John Collins. It has been going strong for numerous years since 1963, attracting athletes - juniors and seniors - from across South Wales and the South West of England.

It is open to those trying cross country for the first time in the novices going through the under 13, under 15, under 17, under 20 and seniors, so there's a chance for everyone to get involved during the winter season!

The league has visited all corners of South Wales and the South West of England including Pembrey, Cardiff, Bridgend, Pontypool, Bristol, Taunton and Bath just to name a few locations since the start.

In October, the Gwent League will kick start incorporating the British Athletics Cardiff Cross Challenge at Llandaff Fields in Cardiff on 12th October.

November, December, February and March will see it move to West Wales before the half way mark will go across the bridge to Bristol. Fixtures four and five will head to unfamiliar course to many at Chepstow and Swansea.

To get involved throughout the season and represent one of the Carmarthen Harriers teams, more details will follow soon. In the meantime, speak to Kathryn Jones, Keighley John or Cressy Morgan. 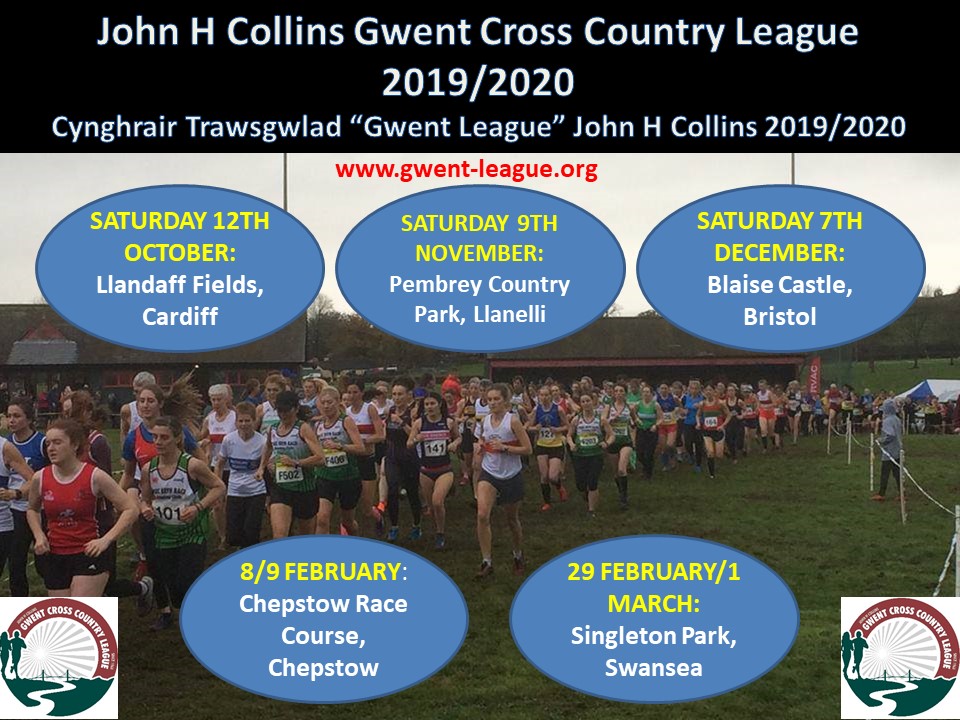