Another action-packed league season has come to an end in a popular club competition...and it has seen hundreds of runners attend across five locations in Wales and England. Season Round-Up for the Successful Harriers.

The league has been going strong for a number of years, attracting athletes - juniors and seniors - from across South Wales and the South West of England. The league, formed in 1963 has continued every year since then and is a good way of making friends from other clubs.

Cardiff, Pembrey, Tredegar, Pontypool and Bristol were the venues confirmed for the past season over five months. Each match saw over 1,000 athletes take part across a range of age groups, starting with the under 11 athletes and going up through under 13, under 15, under 17, under 20 and the seniors which attracted the most numbers.

Cardiff played host to the first of five British Athletics Cross Challenge Series and provided a great opportunity to face the best British athletes ahead of the European Trials. which also headed to Milton Keynes, Liverpool, Belfast and the season finale in Loughbrough at the UK Inter-Counties Cross Country Championships.

The opening round of the JC Gwent League was on October 13th 2018 and got off to a storming start at Llandaff Fields in Cardiff as early senior wins went to Sale & Manchester Harriers' Charlie Hulson and Denmark's Anna Moller. Local man Jake Heyward came down the home straight to a loud Welsh cheer to win the under 20 men's race. Athletes in the Gwent League were able to test themselves alongside possibly unknown competitors in high qualify fields that they would not be used to at other competitions.

With Storm Callum having disrupted events in West Wales, including a large number of weekly ParkRuns cancellations, the Welsh capital got away with the worse of the conditions and stayed mostly dry for the majority of the event, as it got the green light and go ahead. 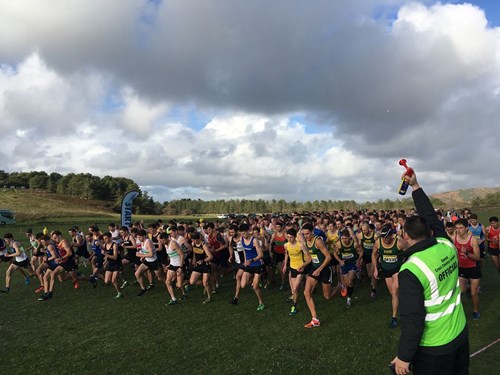 A month later...the league made it's move from the Welsh Capital down the M4 West to Pembrey Country Park on November 10th for round 2. A fantastic venue in Carmarthenshire that hosted the first leg of the Tour of Britain Cycling Event followed by the Welsh Athletics Road Relays Championships back in September, the course changed back to cross country running.

It was an event hosted by Carmarthen Harriers and Carmarthenshire County Council and ended up seeing one of the biggest turnouts of almost 1,400 from the whole campaign. This was boosted by the West Wales and East Wales Cross Country Championships being added into the mix for Welsh Inter-Regional selection.

On 2nd December, the league arrived at a new venue of Parc Bryn Bach in Tredegar which was described by many as the most testing conditions seen underfoot. Competitors had to contend with some real cross country elements on the day. Rain, Wind, Mud, it had it all as the season reached half way before the Christmas and New Year break. 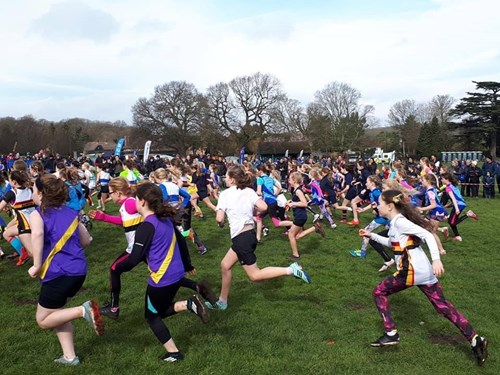 Following a two month break to give way to road and school events, the John H Collins was back at a location where the Gwent League made it's first step back in 1963, which was Pontypool Park on 9th February in the penultimate round. The course provided a real cross country test, with a tough hill for athletes to climb as they made their way around the perimeter of the rugby field towards the finish.

This 2018/19 season concluded in South West England on March 2nd. For the first time in two years, hosts Westbury Harriers welcomed athletes, officials and spectators to the magnificent Blaise Castle Grounds situated in Bristol who again put on a great event.

Thankfully, there was no repeat of 2018 where the event was cancelled this time last year due to the "beast from the east" and snow that hit the country hard. 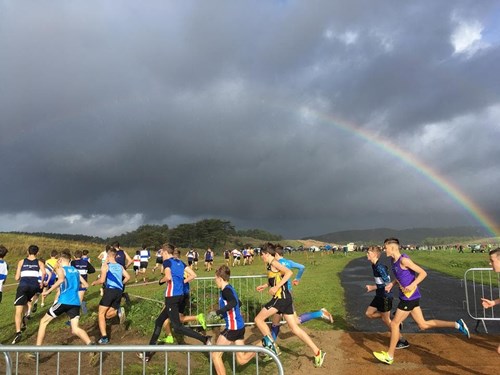 Carmarthen Harriers continue to deliver in the Junior Categories...

Despite the busy fixture congestion, Carmarthen Harriers have enjoyed another pleasing season in the league with top half finishes and some medallists amongst them. Pride of place goes to the Novice boys and girls and the under 13 boys and girls who all contributed towards a great campaign, securing gold, silver and bronze medals.

It rounded off another great winter season for these youngsters coached by the experienced Neil Thomas, David Toogood and Carol Jones. They all deservedly came away from Bristol a fortnight ago with awards for their efforts.

Team Wise as listed below, the boys' categories were particularly strong with the A teams both winning and B teams in fifth and seventh respectively. From the other side, the under 13 girls were second and novice girls in third. The majority of these athletes had been to all five matches!

Big thanks to all the members and their parents who have supported the league this year and travelled the long journeys across South Wales and Bristol. They will now look forward to the upcoming track and field season which gets underway at the beginning of April. All team results and athlete recognition are listed below. 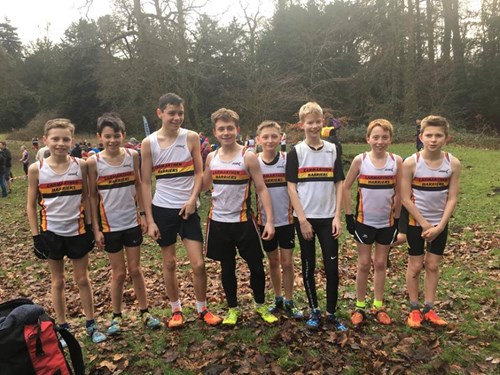 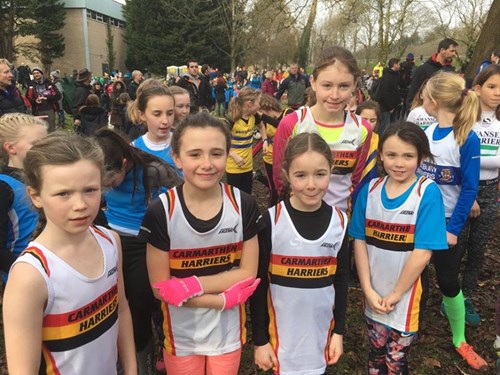 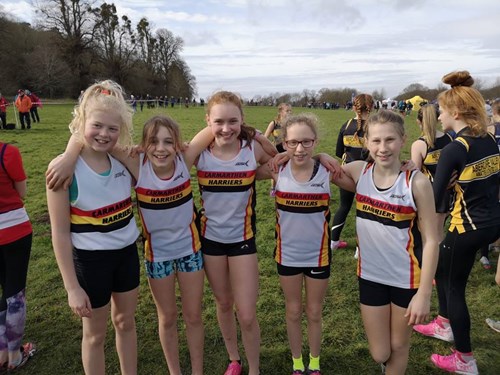 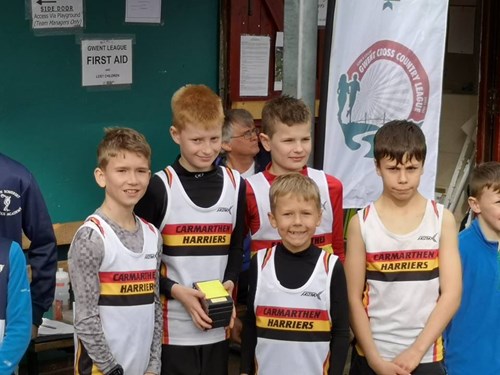