Endurance runners and field athletes have been in action over the August Bank Holiday Weekend in Aberdare and further afield as the outdoor track and field season is set to be extended in 2020 because of the COVID-19 pandemic.

Following the great success of the recent Welsh Athletics Junior and Senior Throws and Track Pilot Events over the past fortnight, the Welsh Athletics competitions team organised the next post-lockdown event in Wales earlier today on Saturday 29th August, as endurance runners took centre stage at the Endurance Open Meeting. 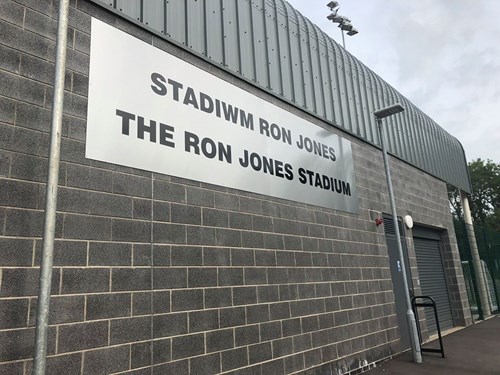 A total of 76 athletes from several clubs across all four regions of Wales entered before the closing date made up of under 15, under 17, under 20 and senior age groups with the walk commencing before moving on to seven rounds of the 800m and five races each of the 3000m and 1500m respectively.

Once again due to the current Welsh Government guidelines on outdoor gatherings, numbers that could compete and spectate were restricted.

After eleven Carmarthen Harriers members got their long-awaited track and field campaigns up-and-running at both Aberdare and Swansea at the pilot events on August 15th - 23rd, the Welsh Athletics Endurance Open saw six club athletes attend the meeting this afternoon, with representatives in the 800m, 1500m and 3000m.

Well done to all six. We look forward to seeing more Harriers vests out on show at upcoming Welsh Athletics open meetings and other organised UK fixtures in the weeks ahead.

Further dates and events are being organised by Welsh Athletics in the coming weeks - from sprints to endurance and throws to jumps opens - and will be promoted online as the track and field season continues through to October rather than the traditional end of August. Entries are currently limited therefore they are likely to be sold out within a few days.

Keep up-to-date with what's coming up and entry link details as soon as it becomes available on the competitions page of www.welshathletics.org and the fixtures page of www.carmarthenharriers.co.uk. 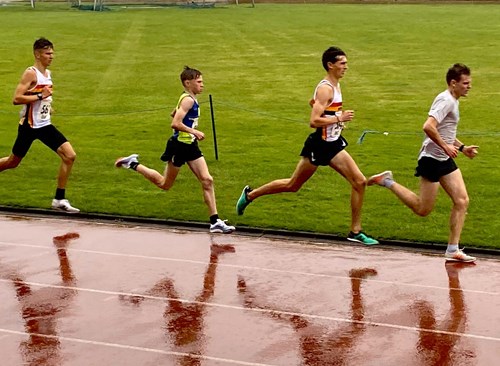 Tuesday 25th August: Under 17 members Dafydd Jones and Frank Morgan, coached by Carol Jones made the 340-mile round trip up to Trafford Athletics Stadium near Manchester on Tuesday evening for the British Milers Club Trafford Gold Standard Meeting, and the long midweek journey was all worthwhile!

On a horrendous evening up in the North West of England with continuous heavy rain and strong winds throughout, the pair were on the start list of the men's 3000m C Race.

At an event featuring many top class UK athletes, both Dafydd and Frank came away with new personal bests in their first outing of the 2020 outdoor track and field season with Jones finishing in 8:49.92 and Morgan crossing the line in 8:53.36.

Saturday 29th August: Four days later, Dafydd and Frank went from the North West down the M4 to London, where they competed at the next British Milers Club Gold Standard at Lee Valley Athletics Centre on Saturday evening.

This time moving down to the 1500 metres, both produced more excellent results with Dafydd clocking 4:03.96 in the men's E race and Frank in the F race running a time of 4:06.13. Both these were again new personal bests. Da iawn fechgyn!

Iwan Thomas had another great run up in Scotland on Sunday 30th August, this time at the Salisbury Crags junior hill races in Edinburgh. Competing in the under 15 boys race over 2.7km, he finished 7th in 12:05. 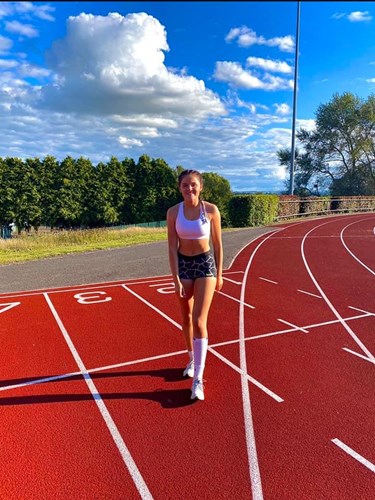 OPEN MEETING: Beca Roberts made the journey down to Yeovil on Saturday 29th August to compete in the Yeovil Olympiads AC Field Open Meeting.
Returning to her first competition in over a year following injury, she jumped an excellent 11.14m in the triple jump earlier this afternoon. Da iawn Beca!