On the eve of the Cardiff University Half Marathon on the roads of the Welsh Capital, youngsters aged 8 to 14 years old turned out in their numbers for the re-scheduled Carmarthen Junior Fun Triathlon at Carmarthen Leisure Centre in Johnstown.

This established triathlon event returned to Carmarthen on Saturday afternoon, 5th October and concluded the busy 2019 season as far as triathletes were concerned. Around 150 youngsters aged from eight up to fourteen years old took part with a large number of these getting involved in the sport for the very first time.

The event was due to be held back in April 2019 but had to be postponed due to poor weather conditions and gales.

The end-of-season event was organised by Noelwyn and Sharon Daniel at Healthy Life Activities, who continue to do a great amount of work providing these safe and healthy events for children and adults each year. Over the last 18 years, they have put on at least 130 events by now! 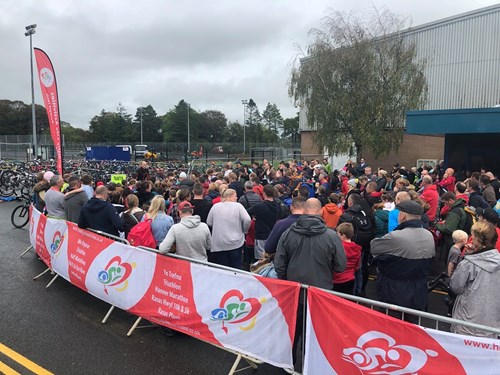 Despite the wet weather during the morning and early afternoon, the event got the go ahead and began at teatime on Saturday. The good news was that the conditions improved for the duration of the event and all the disciplines could be included as planned.

It gave children of all abilities the opportunity to compete in a friendly and real triathlon. There were two course available for children with both finishing in the same place. 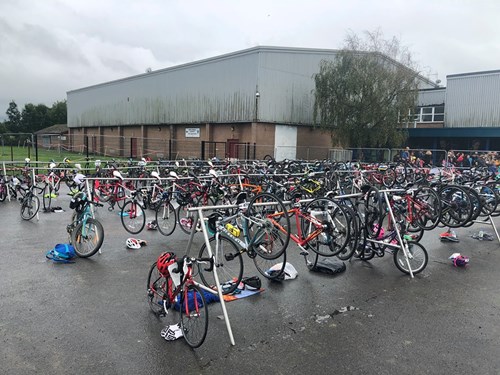 In attendance to encourage, support and congratulate athletes across the line was Wales and British Triathlete, the Welsh Triathlon Super Series champion Liam Lloyd who is a local athlete in Llanelli. Many of the children were able to take the opportunity for a photo at the finish line with their sporting idol.

The whole event took place within the Carmarthen Leisure Centre grounds. The eight-lane swimming pool inside was the first step of the course as the children went off at different waves, completing either 50m or 150m around the three buoys.

After running around to transition which was located near the Astroturf, they picked up their bikes and completed the required number of loops around the Queen Elizabeth High School playing grounds, totalling either 1K or 3K.

On return to transition, it was then up to the athletics track which is the home of Carmarthen Harriers Athletics Club. Following their 1 lap or 2 laps around the track, there was a grand stand finish outside the Leisure Centre building where family and friends waited to welcome them down the "home straight" into the finish under the HLA inflatable.

All finishers at the event were presented with their finishers' medal and other goodies. As this was a fun event, there were no timing chips, trophies and results involved.

Organisers thanked all the participants, parents, friends and coaches who turned out to support as well as the big number of marshals and volunteers who ensured that the junior triathlon could go ahead in front of and behind the scenes. These include Llanelli Gymnastics Club, Johnstown Girls Football Club and the Healthy Life Activities family and friends. 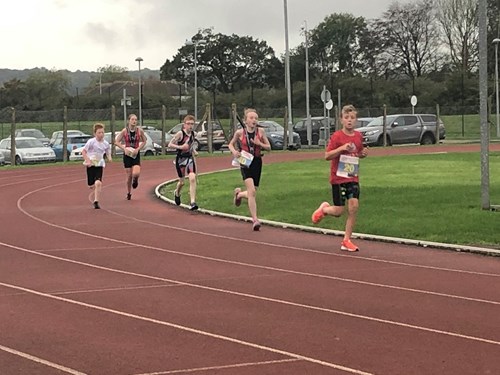 The Triathlon season here in Carmarthenshire for juniors and seniors is set to return around April time 2020 when the Carmarthenshire Series will get started once again.

Carmarthen, Ammanford and Llanelli have welcomed hundreds of triathletes to the 2019 events over the last few months.

Healthy Life Activities offers the largest diversity of mass sports participation events in the country and all races held in the county of Carmarthenshire, where athletes can enjoy the breathtaking scenery.

To find out more, visit the event website at www.healthylifeactivities.co.uk. 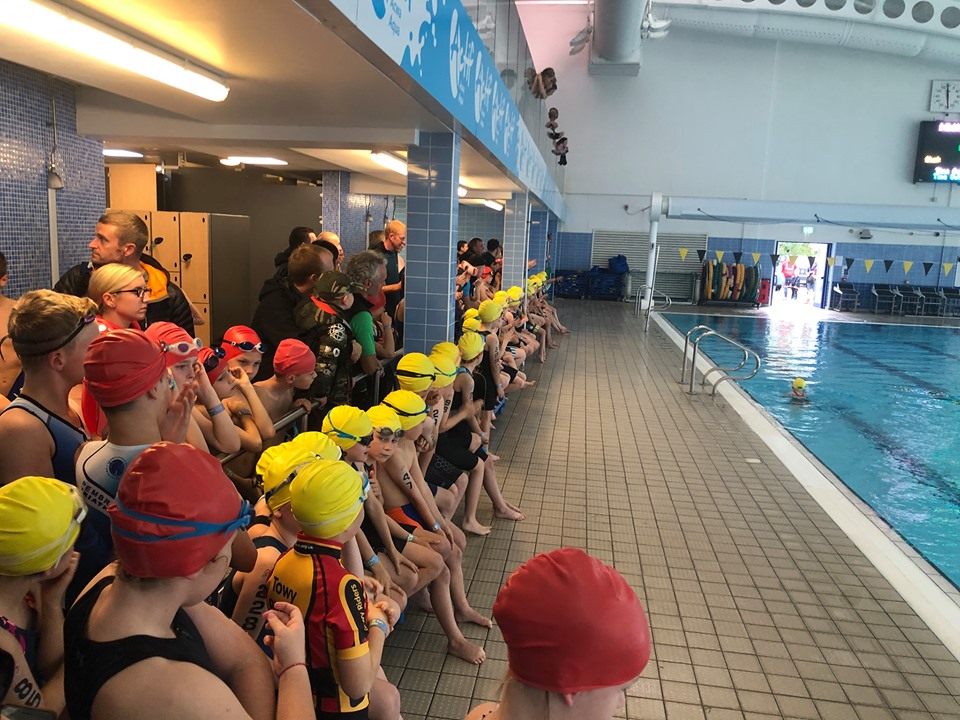