- 134 Carmarthen Harriers athletes since 2004 have competed for Welsh schools in the SIAB schools international athletics match.

- 64 major events in Carmarthen and Carmarthenshire since 1949

In addition, you can now find out more about the club's Welsh Athletics Roll of Honour, Club Honours Board and the Welsh All-Time List up to present.

It is great to see so many medallists, records and Welsh vests won across all age groups and disciplines over many years! Mae'r dyfodol yn edrych yn dda.

Many thanks / Diolch yn fawr to Club President Hedydd Davies for getting all these documents together and keeping them updated. 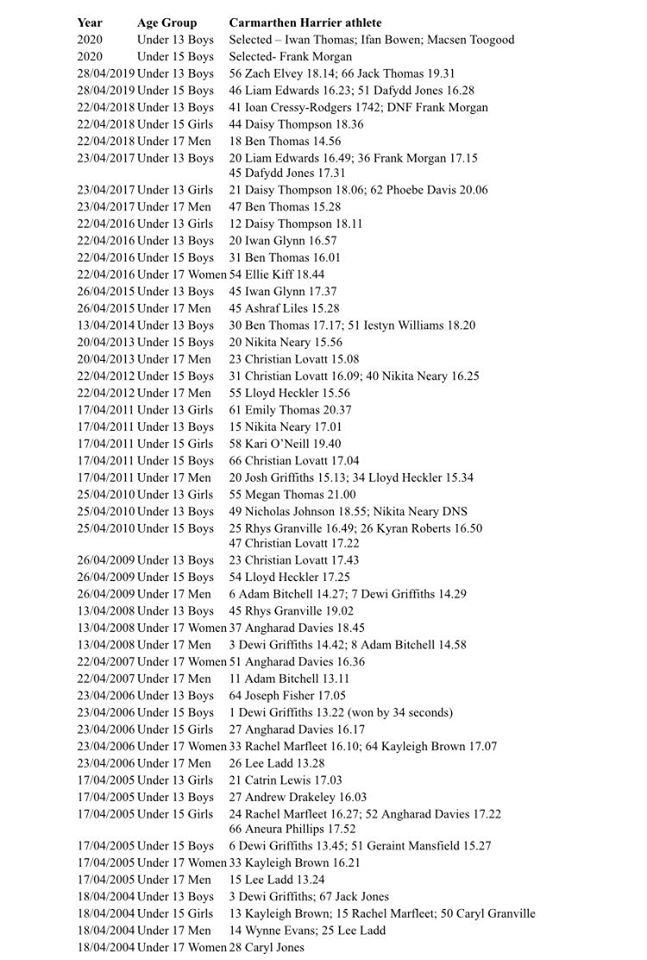