Cardiff University Half Marathon 2019: Harriers out on the roads of the Capital

Over 20,000 runners signed up and took part in the 2019 edition of the Cardiff University Half Marathon on Sunday 6th October.

The 16th running of the Cardiff University Half Marathon attracted the World's Best elite athletes, club runners and fun runners to the streets of the Capital to take on and complete the 13.1-mile challenge.

The fast, flat, iconic Cardiff University Cardiff Half Marathon started outside Cardiff Castle and runners then went past Cardiff City Stadium on the way to Penarth. They took in Penarth Marina before crossing the barrage and heading to Cardiff Bay. Runners ran right through the heart of the bay taking in the Norwegian Church and Wales Millenium Centre. 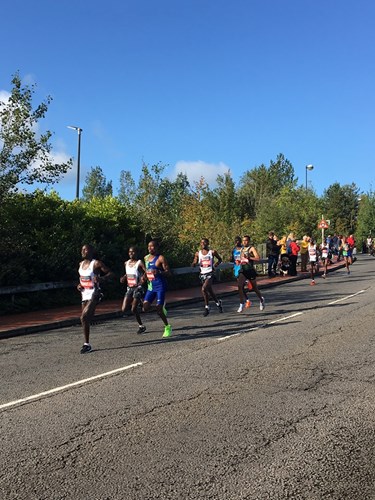 The course then headed towards the North of the City and runners completed a loop of the beautiful Roath Park before the grandstand finish in the heart of the City at the Civic Centre.

The course played host to the IAAF/Cardiff University World Half Marathon Championships in March 2016.

2019's race saw a course record broken in the men with the Kenya taking a one-two finish following an excellent sprint finish down the home straight with Langat coming out on top in 59:29 followed by Abreha in 1:08:20 and Kipkoech in 1:08:25. The same could be said for the women's race too which ended in an identical finish as the top two were neck and neck entering the final few yards. The winning time for the women's was 1:08:19 from Cheruiyot.

The Cardiff University Festival of Running on Saturday proved to be a thrilling start to the Cardiff Half Marathon weekend.

There was a Mascot Race, 50m Dash and a Family Fun Run which meant that there was something for everyone to get involved in.

There was a total of twelve Carmarthen Harriers endurance athletes/members taking part in the 13.1 half marathon this year, recording some excellent times and splits.

Here's a list of all their finishing time from Cardiff:

Meanwhile, Paul Lynock made the long trip up to Scotland to participate in the Baxters Loch Ness Marathon on Sunday. Time 3:19:40

Know of someone that ran in this year's Cardiff University Cardiff Half Marathon? You'll can check their split times on the tracker via your phone https://www.cardiffhalfmarathon.co.uk/live-results/#/tracker 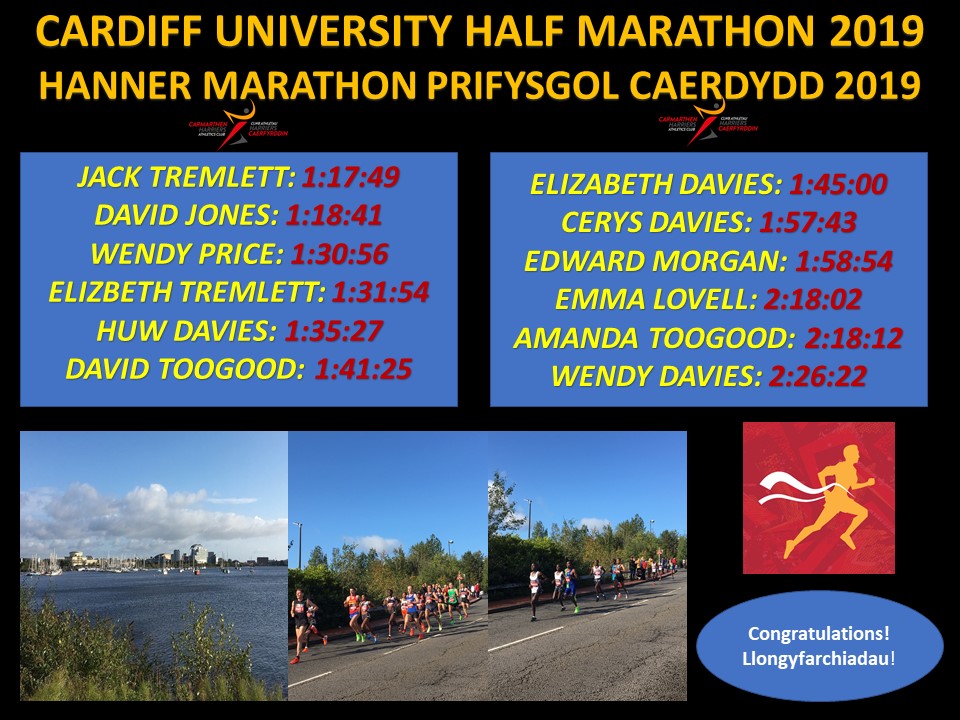