Welsh Athletics have confirmed last week that it is with regret that this year's WELSH ATHLETICS INTER-REGIONAL TRACK & FIELD ATHLETICS CHAMPIONSHIPS has been cancelled due to the impact of the COVID-19 pandemic on the sport and in particular, events that would act as a precursor to the Inter Regionals.

The championships were held at the Ron Jones Stadium in Aberdare last year and saw a great battle between the West, East, South and North regions.

The four regions were all due to head to Swansea University Athletics Track in 2020 on Sunday 2nd August 2020 in one of the final few events of the year planned in the calendar originally.

The weekend of the 1st/2nd August will now see the Welsh Athletics Junior Track & Field Championships take place in Newport provisionally, after it was re-scheduled from two weekend days in mid-June. 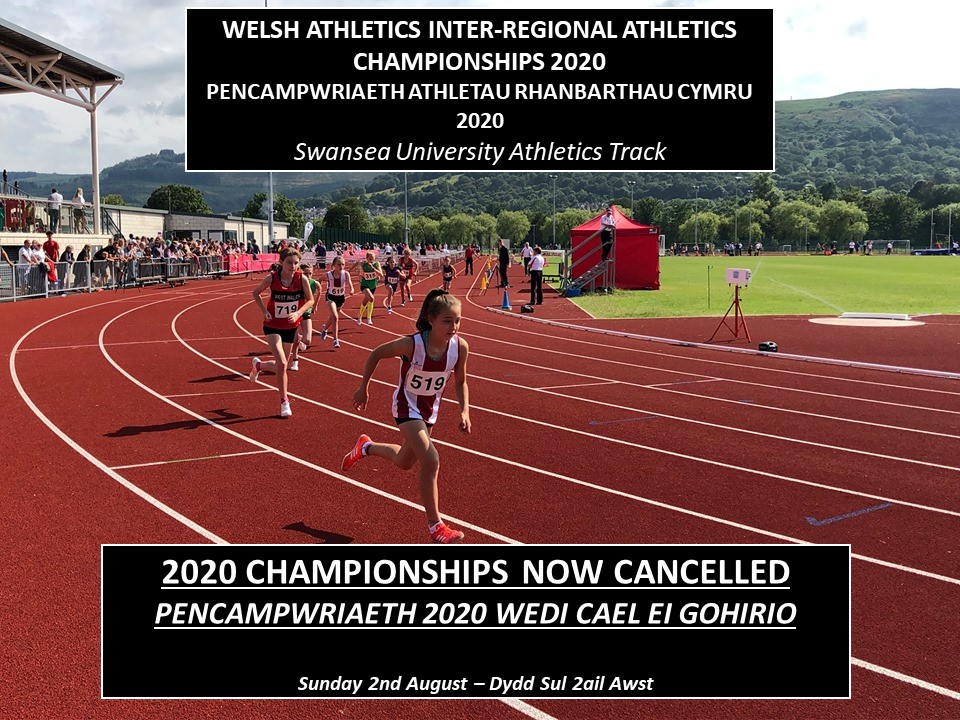