ALL 350 SPACES HAVE NOW BEEN TAKEN AND THE EVENT HAS SOLD OUT IN A RECORD THREE WEEKS!!

Held on 19th April 2020, the Amman Valley Sprint Triathlon has become a firm favourite by now by athletes and supporters alike. Over 100 of the entrants will be taking part in their very first triathlon event.

Carmarthenshire's series opener will be held on the grounds of Amman Valley Leisure Centre, Margaret Street, Ammanford, SA18 2NP on Sunday 19th April and roads of the town centre.

This event has grown over previous years and is ideal for first time athletes and those looking to start their season with a short sprint triathlon. The event will have electronic chip timing for athletes and full professional race packs including security wrist band and arm tattoo's giving it that big race feeling.

The swim will start inside the Amman Valley Leisure Centre as the first wave will start as early as 7am and continue through to shortly after 10am. The course facing the competitors will be a 400m swim (16 lengths) in the pool.

Next up after passing transition will be the 16K bike ride up the main road East from Ammanford to Garnant and back, followed by a 5K run which takes runners along the new cycle path in Pontaman on a picturesque trail. Returning along the same route, all participants are expected to be welcomed home at the Leisure Centre in a grand stand finish where family and friends will be patiently waiting!

Healthy Life Activites Event Organiser Noelwyn Daniel: "The Amman Valley Sprint Tri again attracted a large number of participants last April with many regular faces returning. With entries reaching its limit in record time shows how popular it has become to athletes all over South Wales. We saw a truly diverse field of athletes in the event last year which included nearly 100 athletes making their debuts in the sport and nearly 200 taking part in the Amman Valley Tri for the first time."

All finishers who complete the sprint tri will get a medal with trophies also up for grabs in the various age category ranges.

For the latest updates and when information will be available, visit the event website at http://www.healthylifeactivities.co.uk/amman-valley-triathlon

For further details on the above event and what's to come during the 2020 triathlon season, visit http://www.healthylifeactivities.co.uk/

If you've missed out on a space in the Amman Valley, Entries have now opened for the Carmarthen Sprint Triathlon, which will be held in Carmarthen on Sunday 24th May 2020 http://www.healthylifeactivities.co.uk/carmarthensprinttriathlon 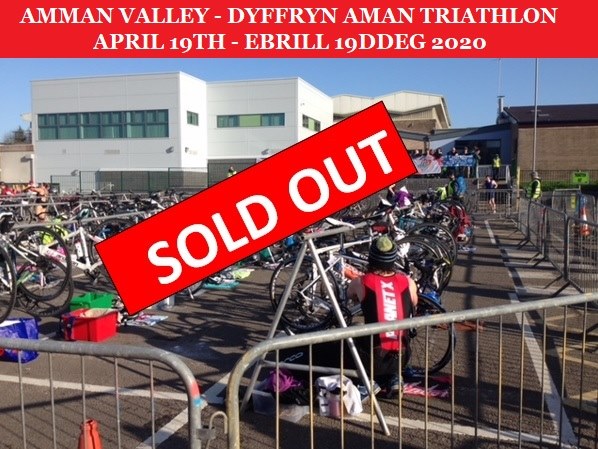