All roads lead to Cwmbran for the Welsh Sportshall Athletics Finals

Welsh Schools' District will head to the Cwmbran Stadium Sports Centre on Sunday 10th March (NP44 3YS) for the Welsh Sportshall Athletics Final for under 13 and under 15 age groups.

Welsh Districts go head to head for the right to head to the UK Sportshall Finals in Manchester..

12 months ago, it was the teams from Powys who dominated the event, winning all four categories and as a result went on to the UK finals in Manchester a month later. 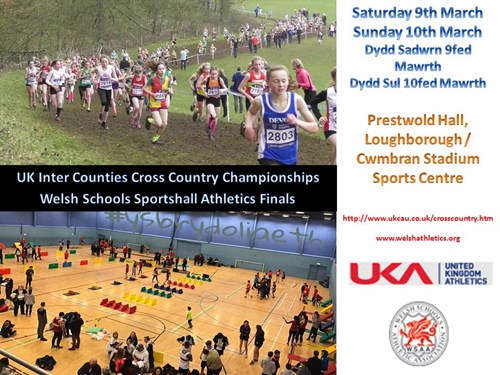 The event is the culmination of a series of regional qualifiers held across all the school districts since the end of last year and the beginning of the new one. It provides a great vehicle for both talent identification and for providing young athletes with a fun, safe and exciting introduction to competitive athletics.

The event in South East Wales on the 10th will see teams from North West Wales, Powys, Dyfed, Afan Nedd Tawe, Cardiff & Vale and Glamorgan Valleys will be in attendance on the day.

While new athletes will be attending this long-standing event for the first time, they'll be many who are used to the format by now and will look to return to perform.

Cwmbran's final will feature team competitions at both under 13 and under 15 levels with the under 15's also contesting an individual competition (based on a points system similar to multi event competition.) 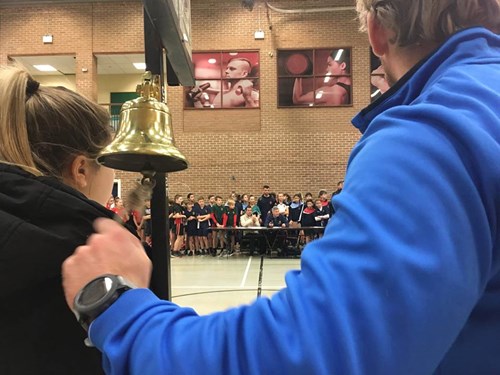 Event Order on the Track:

Event Order on the Field:

The winning teams (4) will advance to the UK sportshall final in Manchester in the middle of April, accompanied by the two U15 individual winners who get the chance to contest the individual competition which runs alongside the team event. The date set is Saturday 13th & Sunday 14th April 2019.

A further preview will follow closer to the date.