Richie Powell, Kieran Clements and Natasha Cockram enjoyed fine wins in this year's main Admiral Swansea Bay 10K Road Race at a rain-soaked and damp Swansea Bay which also made up round four of the Welsh 10K series.

Listening to athlete feedback from previous years, 2019 saw earlier race starts with the programme beginning at 09:15 and the 10K setting off shortly after 11:00.

A windy Swansea Bay seafront, near St Helens Rugby Ground played host to a festival day of running as Admiral sponsored the Swansea Bay Races for the fourteenth consecutive year, back in its mid-September slot and staged by Swansea County Council. 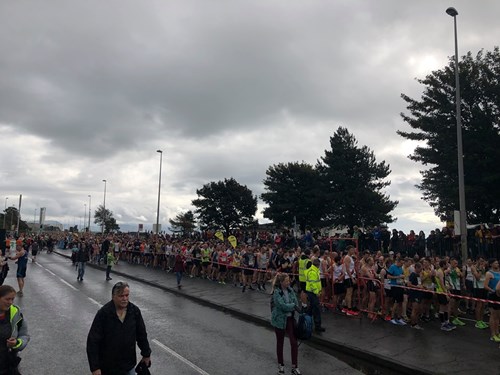 Just over 3,500 10K runners and a few hundred juniors took to the start line of their respective distances in the race that won at the UK Running Awards for being voted Best 10K in Wales in 2018 and 2019.

With plenty of interest as ever from locals and afar, there was plenty to enjoy as a fun day out for the whole family, even if the weather conditions wasn't on their side. 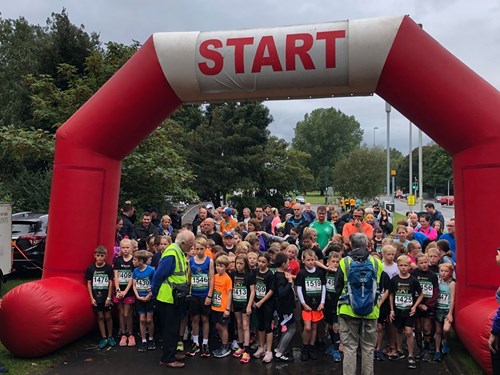 The 10K as well as all other activities took place along the beautiful and iconic sweep of Swansea Bay. The course has continued to be a firm favourite with both experienced and first-time runners attending year on year as thousands took to the roads of the Bay.

New personal bests were the aim for some whilst for others, it was all about running in fancy dress to raise money for their chosen charities.

All finishers on the day collected their medal and goody bag.

Starting alongside St Helen's Rugby Ground, the first half of the course followed the road down to the picturesque Mumbles, before returning along the stunning Swansea promenade taking in its fast, flat surface and gorgeous scenery. The route finished through the iconic Slip Bridge towards the Cenotaph.

Race commentators Ian Griffiths and John Griffiths did another great job, keeping athletes and spectators up-to-date and calling out participants' names as they passed the commentary box.

Once again in 2019, places in the races sold out weeks in advance and has continued to go from strength to strength since the first event over 30 years ago.

As all runners made their way down to the Mumbles, the mascot race featured local mascots running a 100m dash for fun on the main road and again provided great entertainment as spectators waited for the leading runners in the 10K up on the bridge. The winner, which was Ozzie the Osprey, was awarded prize money to give to its chosen charity. 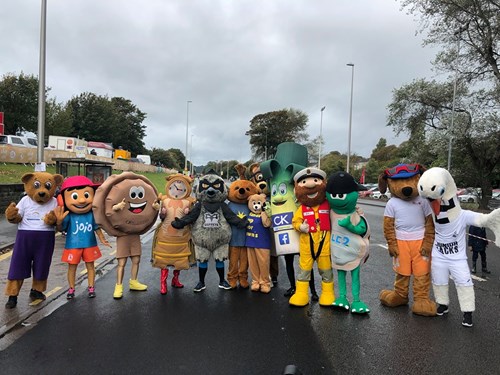 As well as the main 10K, also returning were the popular junior races which started everything off earlier in the morning as the seniors started to arrive for their pre-race warm ups.

The 1K & 3K was a great introduction to running on the road and sold out weeks in advance. The first race of the day started shortly after 9:00am with the two 1K races. The 7 years and under got their chance to run first alongside their parents before the older 8-11 year olds children took part with over 500 youngsters getting their opportunity to experience the race day atmosphere and collect their finishers' medal and goody bag.

An hour later, the start point moved up beyond Blackpill, where 3K runners in the 9 to 14 age category headed towards the finish line.

The Carmarthen Harriers' endurance juniors turned out in their numbers as they do annually.

Second race to go was the 1K for 8 to 11 year olds and saw Soffia-Mai Davies finish as the fourth girl home in 4:11. Not too far behind her was Lybbi Greatrick, who came sixteenth overall in 4:29.

Moving onto the 3K and this is where we saw no fewer than thirteen setting off and the group ranging in ages.

The first seven out of twelve positions were occupied by Carmarthen's athletes with Macsen Toogood and Amy Greatrick winning the respective boys and girls' titles in great style. Toogood was the overall winner after running the distance in 10:21 with his teammate and training partner Ifan Bowen completing the top three in third (10:37) either side of Newport Harriers' Henry Dawes.

Greatrick's victory was sealed in 11:39, finishing 20th overall and crossing as the first girl with a nine-second margin from the other podium medallists Kara Bennett and Mai Davies.

Her clubmate Erin Morgan was the seventh girl back home, completing the 3K in 12:33 before the quartet of Liam Evans (12:50), Esme Lynock (13:06), Gwenan Fflur Jones (13:58) and Grace Toogood (14:10) performed well and rounded off an excellent morning of junior running, several running this distance for the first time on the road.

With so many club members taking part in this particular event, it was great to hear commentators acknowledging their efforts, successes and the club in general as they finished to the applause of the spectators.

In amongst the thousands of runners taking on the 10K challenge for their own individual reasons included seven of the following, wearing their Carmarthen Harriers club vests: here they are listed with their finishing times (and for many, personal bests). Da Iawn!

Great efforts by each and every one once again with plenty of event success over the years continuing this year! Distance running at the club is going from strength to strength!

Photo-fit.net were on hand to capture every athlete who crossed the finishing line in all races. You'll be able to find all the photographs on their website in the coming days http://www.photo-fit.net/

To find all the Admiral Swansea Bay 1K, 3K & 10K finishing times, go to the Results Page at http://www.swanseabay10k.com/results

For more details, past events and much more on this annual event, head over to the official event website http://www.swanseabay10k.com/ sponsored by Admiral and Swansea Council.

For more Images, videos and live coverage as it happened, go to the Carmarthen Harriers Athletics Club Facebook, Twitter & Instagram Pages. There you'll be able to see plenty more from out on the course and at the finish line

Another great edition of the Admiral Swansea Bay 10K this year. Llongyfarchiadau i bawb gymerodd rhan a diolch i'r gwirfoddolwyr ar noddwyr i gyd! Congratulations to all who took part and thanks to the volunteers and sponsors!

The video below has the 10K race start in full outside St Helens Rugby Ground - can you spot anyone that you know running?? 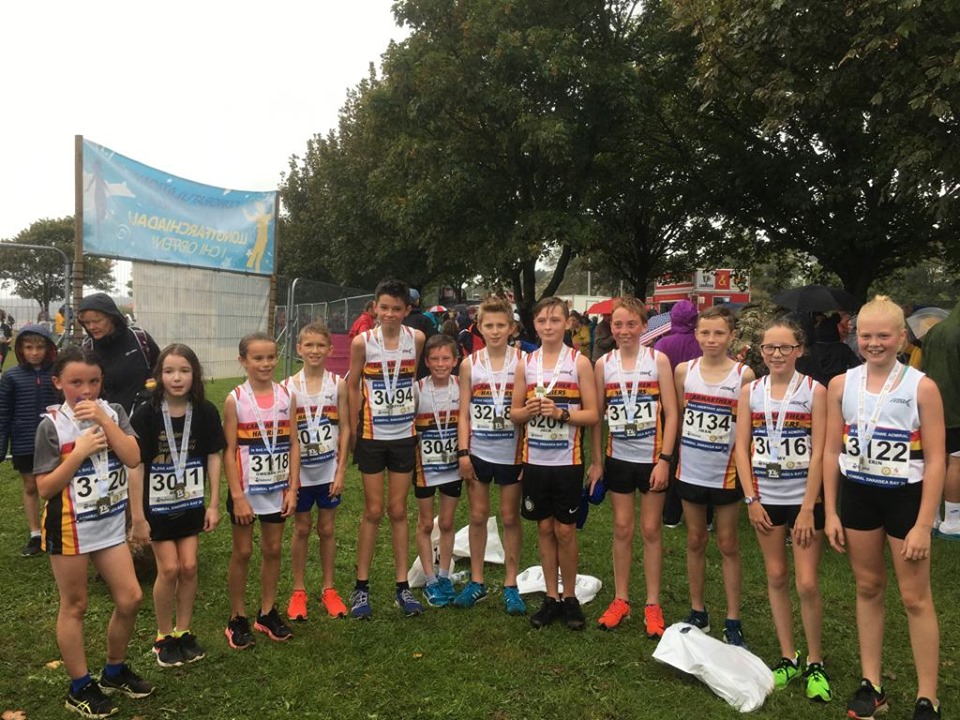