A host of Carmarthenshire's top sporting talents were celebrated last night on Friday evening, 8th February, at the Actif Carmarthenshire Sports Awards which was attended by around 250 guests. Staged for the 21st time, it took place at the Ffwrnes Theatre, Llanelli and organised by the Carmarthenshire County Sports and Leisure team. 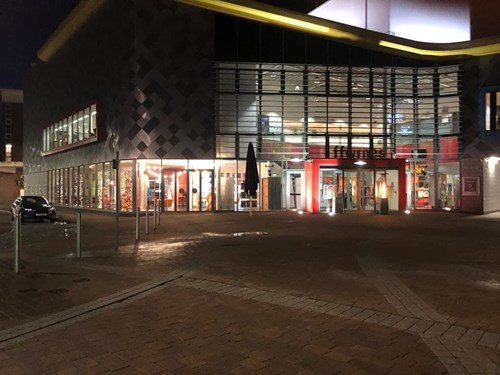 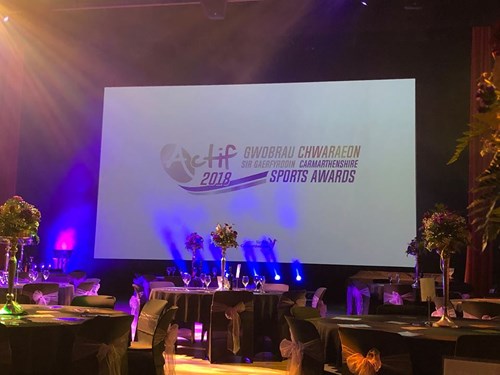 The annual Actif Carmarthenshire Sports Awards recognised the sporting achievements and successes of individual athletes and sports clubs as well as acknowledging the contribution made by dedicated coaches and hardworking volunteers who make a difference through sport and communities. Some of these represent their sport on a local, national or even international level and the event again recognised those people.

The theme of celebrating success continued here, just two weeks after the Carmarthen Town Council Sports Awards took place over at the Carmarthen Quins Rugby Football Club on the final Friday of January.

The awards gave local people the opportunity to honour sporting stars and unsung heroes who keep their clubs on the go and the standard of the ones received were of a high standard. Nominations had been open over the past few months for the public to nominate their coaches, athletes and teams for their successes in 2018 before the panel had the hard job recently in cutting each category down to three shortlisted people or groups. Finalists, supporters and special guests all attended the ceremony inside the fantastic Ffwrnes Theatre.

Selling out for the first time ever, over Thirty of the county's best were up for a total of 12 awards. A range of sports and backgrounds were involved again this year, including Athletics, Cycling, Golf, Hockey, Rugby and Gymnastics to Shooting, Surfing, Football, Cricket, Netball, Karate, Bowls, Trampolining and Basketball.

The Charity for the evening was the Wales Air Ambulance and guests kindly donated a total of over £770 for this worthy cause.

WeCreate Film Crews went up and down the county to film the finalists in action last month and each of the videos were shown on the big screen before Tommo announced the victors.

"The Commonwealth Games landed in the Gold Coast with 10 Carmarthenshire athletes among the Welsh Team, competing in sport such as athletics, marathon, gymnastics, bowls, rugby and cycling helping Wales reap a record-breaking medal haul. A great year for Welsh sport, 2018 saw Wales' Geraint Thomas grace the Champs-Elysees as winner of the Tour de France, and subsequently picked up Welsh and British Sports Personality Awards. Fittingly, Carmarthenshire then hosted the first stage of the Tour of Britain - his first race as Tour de France winner, joined by Carmarthen's Scott Davies. Carmarthenshire was broadcasted to approximately 150 countries - solidifying our reputation as the cycling hub of Wales."

"With £2m being invested into Carmarthen and Ammanford's Leisure Centres, Llanelli's new multi-million pound facility being designed and £80k awarded to community sports clubs, we are bucking the national trend to create an active and healthy population with pathways to elite sport."

"Tonight we celebrated the inspirational people behind and in front of Carmarthenshire's sporting success; clubs, personnel and participants that make us all proud. I thank the Actif organising committee who have worked tiressly to make tonight happen, I thank the sponsors, media and all nominators."

Carmarthenshire County Council's Executive Board Member for Leisure, Cllr Peter Hughes-Griffiths reflected on the successful Tour of Britain cycling event which began its journey in West Wales at Pembrey Country Park last September. He also recognised the fantastic contribution made by the Head of Leisure, Ian Jones who took on the role of Event Coordinator on September 2nd 2018 and worked tireless to ensure that the first leg was a success.

Peter Hughes-Griffiths commented: "Carmarthenshire continues to produce some of the best sporting stars in Wales and we are extremely proud of the reputation the county holds in the Welsh sporting circles. These awards provide us with the opportunity to congratulate and honour them, especially those who keep their clubs thriving."

The evening was hosted by the Radio Carmarthenshire Presenter, Tommo. There was also the chance to speak to the Carmarthenshire Platinum Young Ambassador Sion Thomas whilst Councillor Emlyn Dole, Leader of Carmarthenshire County Council closed the evening with an inspiring speech congratulating all the nominees and thanking those who work hard behind the scenes. 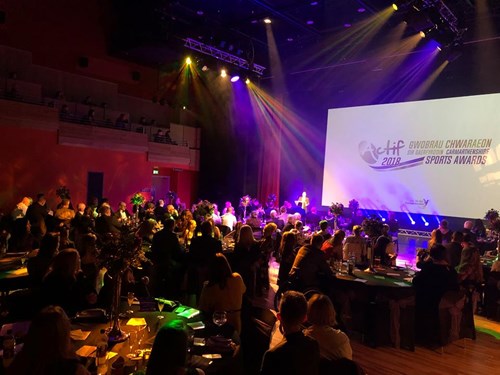 Sport Personality of the Year (sponsored by McDonalds):

Young Sportswoman of the Year (sponsored by Actif Sport and Leisure):

Young Sportsman of the Year (sponsored by GD Harries):

Disabled Sportsperson of the Year (sponsored by Magstim):

Community Sports Coach of the Year (sponsored by Actif Sport): 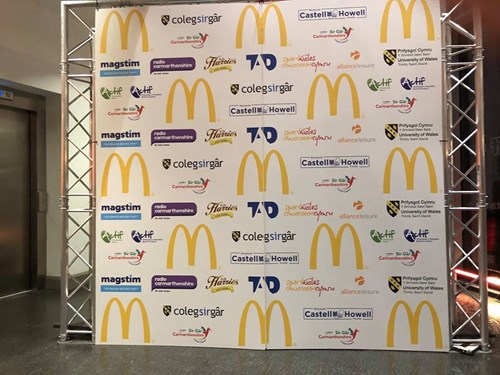 Sports Volunteer of the Year (sponsored by Sport Wales):

Young Sports Volunteer of the Year (sponsored by Castell Howell):

Team of the Year (sponsored by Coleg Sir Gar):

Young Team of the Year (sponsored by T.A.D. Builders LTD):

Sports Club of the Year (sponsored by Radio Carmarthenshire): 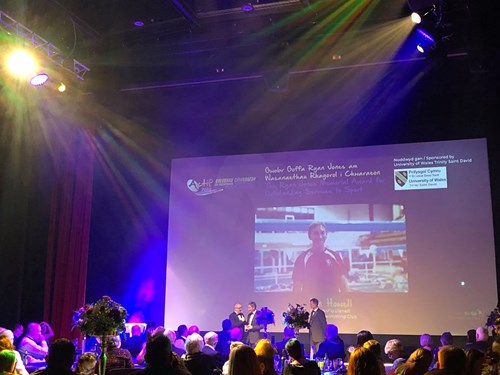