2019 Louise Arthur League Summary: Ninty-Three juniors contribute to U11, U13 & U15 success

...ANOTHER SEASON OF THE LOUISE ARTHUR LEAGUE (WELSH JUNIOR LEAGUE) in the West & East Divisions have flown by and rounded off in Cardiff and Neath last weekend.

With the end of the regular Louise Arthur League meetings for another season in the division, here we are publishing our annual online athlete recognition as the Harriers under 11, under 13 and under 15 members produce some excellent performances and team spirit throughout the campaign.

The Louise Arthur League has gone from strength to strength with around 400 - 500 athletes competing in each event in 2019. It's give children of all ages between under 11 and under 15 age group the opportunity to compete in a friendly league alongside other runners from across South, East and Mid Wales. The Louise Arthur League, as in previous years was split into two divisions:

The junior league season began on the first bank holiday weekend in May on the 4th where the openers were held at Haverfordwest and Hereford. Three weeks later on the second bank holiday weekend of the month (25th), athletes competed on the track and field at Carmarthen and Aberdare.

On the final Saturday of June, Swansea was the third venue for the West whilst the East clubs returned to Aberdare for the second time in a month (29th).

Last weekend (27th July) in the first week of the summer holidays, the fourth and final league matches of the 2019 summer season took place in Neath and in the Welsh Capital at the Cardiff Metropolitan University facility where final standings would be confirmed.

Whilst for some it was their sixth and final year at the event at under 15 level ahead of the move into under 17, for many others particularly the under 11s, this was their debut competition and a chance to show what they can do while trying out new disciplines at the same time.

In 2019, Carmarthen Harriers have qualified for the Welsh Athletics Junior League Cup Final in Swansea on August 25th by finishing in second overall in the West Division. Many members made their debuts at some point for the club this year and it is hoped that they enjoyed the experiences of running, throwing and jumping in this friendly league, being part of a team and making new friends.

Athletes have been supported and encouraged by the superb management team of Kathryn Jones, Keighley John and Cressy Morgan - completing jobs such as gathering names, giving out numbers, entering athletes and looking after them on competition day. Diolch\ :)

A total of ninty-three U11, U13 and U15 members turned out at least one of the fixtures with 25 of them participating at all four league matches in Haverfordwest, Swansea, Neath and the home match at Carmarthen.

Date for the Diary: WELSH ATHLETICS JUNIOR LEAGUE CUP FINAL - SWANSEA UNIVERSITY ATHLETICS TRACK - SUNDAY 25TH AUGUST 2019! This event will differ from the four rounds; only two per event will be permitted by each club therefore selection will be made by the team managers.

Thank you to all the Harriers members who travelled and made the effort to compete for Carmarthen over the four matches and putting all the training to good use, from the first meeting at the beginning of May right through to end of July. We were certainly lucky with the weather at each one and there was no sign of a repeat of the match in Swansea exactly a year ago, when the fixture was abandoned due to a flooded track mid way through the programme!

Also, a big thank you to all the parents, coaches and supporters for your support throughout as well as our army of hardworking officials who covered several field disciplines professionally throughout the events. Diolch!

2019 Recognition: Every member/athlete involved in 2019 are listed in the Age Group links below:

The video below is from the third round at Swansea University on Saturday 29th June...one of the 200m heats for under 15 girls which featured three of the Carmarthen Harriers girls! 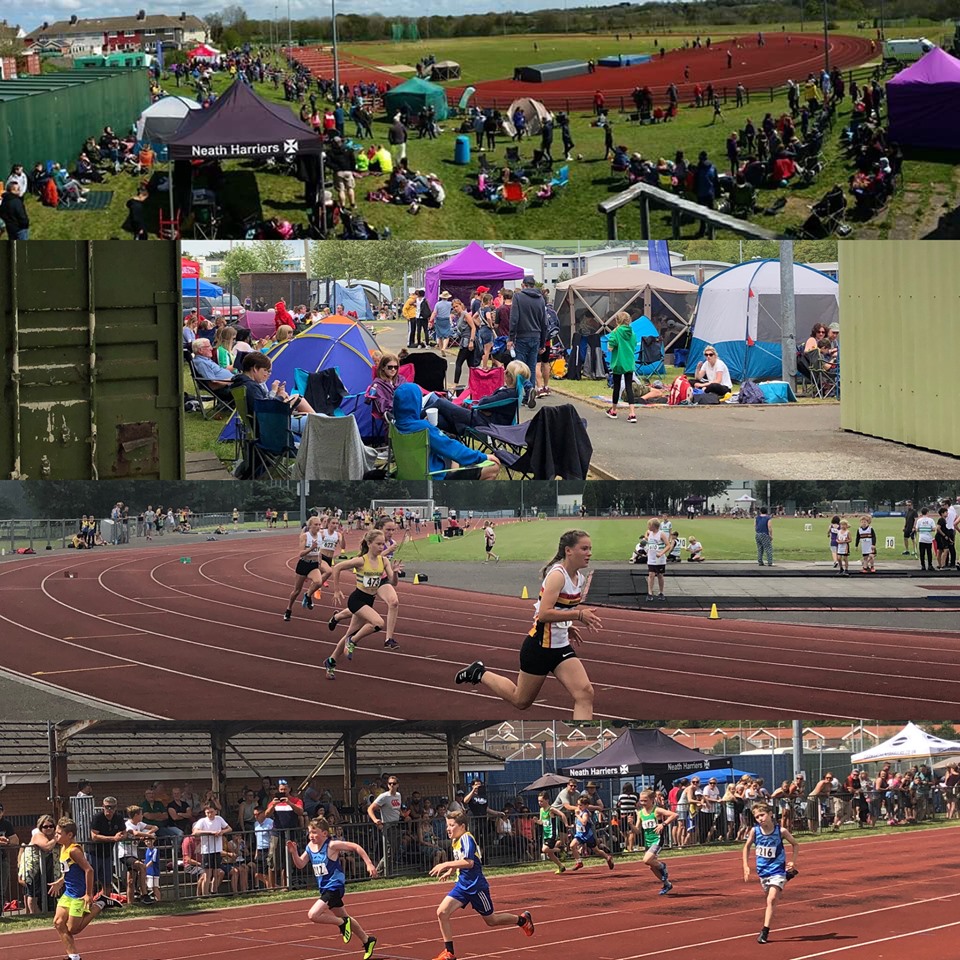